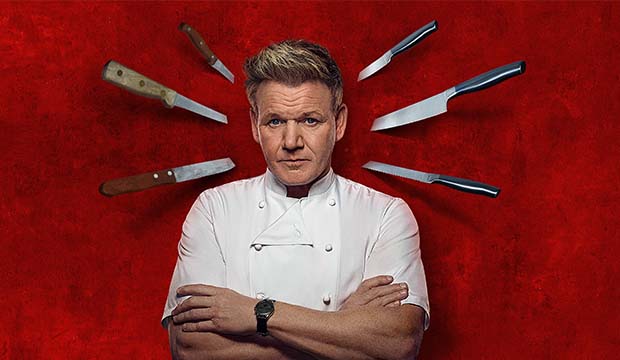 Your favorite foul-mouthed chef, Gordon Ramsay, will be airing re-runs for the next two weeks. “Hell’s Kitchen” is on hiatus for the rest of the year, but if you tune into FOX on December 22, you’ll be find a repeat of the episode “Til Chef Do Us Part” (8:00 pm ET/PT).

Tonight, Season 20 winner Trenton Garvey and his soon-to-be-wife Macy enter the kitchen and challenge the contestants to create their upcoming wedding menu! It’s a once in a lifetime challenge when they find out who the dinner service is for. The episode originally aired on Thursday, November 3 and features the top 14 chefs.

“Hell’s Kitchen” will return on Thursday, January 5 with an all new episode titled, “Everyone’s Taco’ing About It.” Action movie star and restaurant owner Danny Trejo joins as a special guest.

“Hell’s Kitchen” is in its 21st season. For the first time ever, the well-seasoned 40-somethings take on the fresh up-and-coming 20-somethings in a battle of the ages. 18 all-new chef-testants entered the kitchen, with Christina Wilson and Jason “Jay” Santos returning as sous-chefs for the Red Team and Blue Team, respectively. At stake for the winner? A $250,000 cash prize and the head chef position at Gordon’s brand new Hell’s Kitchen Caesar’s Atlantic City.

The contestants still remaining in the competition: