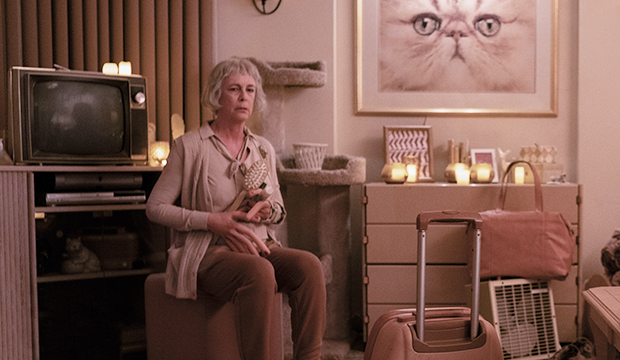 It took a little longer than we thought after her initial surge in October, but Jamie Lee Curtis has finally infiltrated the top five in the Best Supporting Actress Oscar odds. The “Everything Everywhere All at Once” star has jumped from sixth to third place, even leapfrogging over her own co-star Stephanie Hsu.

Curtis’ rise isn’t surprising after she earned Golden Globe and Critics Choice Awards nominations this week and is one of three people — the others being Angela Bassett (“Black Panther: Wakanda Forever”) and Kerry Condon (“The Banshees of Inisherin”) — who was shortlisted at both in the still very messy but very fun supporting actress race. The Golden Globe category was rounded out by Dolly de Leon (“Triangle of Sadness”) and Carey Mulligan (“She Said”), while Critics Choice’s six-person field also included Hsu, Jessie Buckley (“Women Talking”) and Janelle Monáe (“Glass Onion: A Knives Out Mystery”).

The scream queen is also profiting off of the underperformance of some presumed favorites thus far as “Everything Everywhere All at Once” remains a strong force in the overall Oscar race. Buckley and her “Women Talking” co-star Claire Foy had been perched in the top three throughout the fall, but both were snubbed by the Globes, where “Women Talking” just received bids for screenplay and score, and only Buckley made it in at Critics Choice even with the extra slot. In the Oscar rankings, Buckley has slid from first to second, flipping spots with Condon, and Foy has dropped from third to fourth. Though it’s just one spot, Foy’s odds are rapidly plummeting — just look at the graph below — and, as of this writing, she and Curtis are both at 8/1, but the latter has higher placements, including multiple No. 1s. Meanwhile, “The Whale” star Hong Chau has fallen from fourth to sixth place after getting blanked at the Globes and Critics Choice.

Curtis was outside the top 10 until she made it very clear during her “Halloween Ends” press tour that she was definitely going to campaign for her first Oscar nomination. She quickly cracked the top 10 before stalling out in sixth place, behind Hsu, who remains in fifth, for two months as Mulligan started her climb after “She Said” screened.

“Women Talking” was the film widely expected to garner double nominations in supporting actress, but it’s looking more like “Everything Everywhere All at Once” will be the one to pull it off. In the current standings, both films are predicted to double up. Only once in Oscar history has an acting category featured two films with two nominees each: the Best Supporting Actress race of 1949, when  Mercedes McCambridge (“All the King’s Men”) won over “Come to the Stable” stars Celeste Holm and Elsa Lanchester, and “Pinky” pair Ethel Barrymore and Ethel Waters. Coincidentally, this double-double could also be achieved this year in Best Supporting Actor.