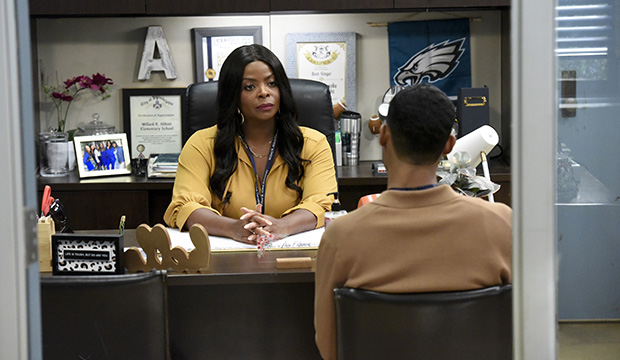 For viewers of “Abbott Elementary,” one of the most acclaimed comedy series of the year, Janelle James is often cited as one of its highlights. The comedian plays Ava Coleman, the incompetent principal of an underfunded elementary school, frequently providing the biggest laugh-out-loud moments of a given episode. Her trend-chasing, absurdly overconfident behavior provides much of the conflict at the heart of the series, which centers on a group of hardworking teachers who are just trying to do their best despite meager means. This conflict may be familiar to fans of another network comedy that premiered over a decade ago.

For fans of the Fox dramedy “Glee,” it is hard not to see Principal Ava as “Abbott Elementary’s” version of cheerleading coach Sue Sylvester, portrayed by Jane Lynch. Sue’s high self-esteem and strong personality often drove much of the drama on “Glee,” cutting through the earnest intentions of the school’s glee club. While Ava is not nearly as hostile to her co-workers as the maniacal Sue, both characters draw laughs from their blunt observations of others, which can make work more difficult than it already is.

Like Lynch’s instantly iconic performance as Sue, James has been at the center of many viral posts about “Abbott Elementary,” from her meme-able reaction shots to her hilarious line deliveries. Lynch’s standout turn made her an instant Emmy frontrunner, winning the award for Best Comedy Supporting Actress in 2010. While the TV landscape has changed dramatically in 12 years, with more competition from cable and streaming than ever before, James has the kind of role to land her very first Emmy nomination in the same category.

James is currently in 10th place in our latest Emmy odds for a Best Comedy Supporting Actress nomination. Luckily, the category is expected to have eight slots, and her odds are currently on the rise. While nominations are still months away, we can at least say that James is more qualified for the position of Emmy nominee than Ava is as elementary school principal.