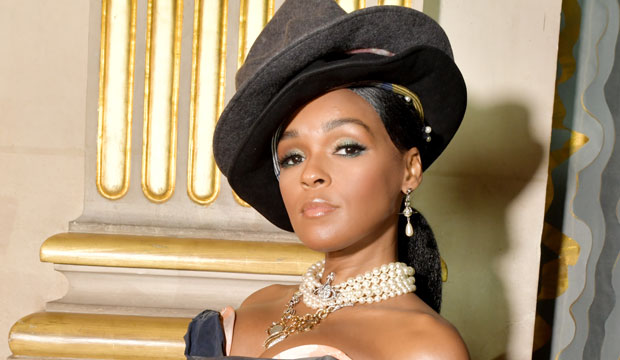 Among the highlights of the socially distanced 2021 Golden Globe Awards ceremony was Jodie Foster’s upset Best Film Supporting Actress win for “The Mauritanian” and subsequent virtual acceptance speech. With her wife and dog seated next to her, the pajama-clad star casually created a moment of positive LGBTQ representation, which increased the impact of her being the first openly LGBTQ individual to ever win a film acting Golden Globe. Queer-identifying Ariana DeBose won the same award for “West Side Story” last year, and now this streak could be continued by nonbinary performer Janelle Monae (“Glass Onion: A Knives Out Mystery”).

Monae, who made her name as a recording artist before taking on roles in 2016’s “Hidden Figures” and “Moonlight,” is one of several newcomers to the “Knives Out” franchise, which has so far featured private detective Benoit Blanc (Daniel Craig) as its sole recurring character. In “Glass Onion,” she plays a murder mystery party guest who harbors a secret revenge plan. Gold Derby’s odds indicate that she is the fifth most likely candidate for a 2023 Best Film Supporting Actress nomination, with her strongest challengers being “Women Talking” castmates Jessie Buckley and Claire Foy.

Even receiving a Golden Globe notice would make Monae only the third openly LGBTQ nominee in her category’s eight-decade history, as well as the first out nonbinary performer ever recognized by the Hollywood Foreign Press Association. Several more past Best Film Supporting Actress contenders are members of the LGBTQ community who had not yet come out at the time of their nominations. These include Anna Paquin (“The Piano,” 1994), Angelina Jolie (“Girl, Interrupted,” 2000), Maria Bello (“The Cooler,” 2004), and Aunjanue Ellis (“King Richard,” 2022).

No openly LGBTQ person has yet won in any of the other five film acting Golden Globe categories, but four of the eight television ones have been covered. Ian McKellen blazed this trail by taking home the 1997 Best TV Supporting Actor prize for “Rasputin: Dark Servant of Destiny” and has since been followed in the category by Chris Colfer (“Glee,” 2011), Matt Bomer (“The Normal Heart,” 2015), and Ben Whishaw (“A Very English Scandal,” 2019).