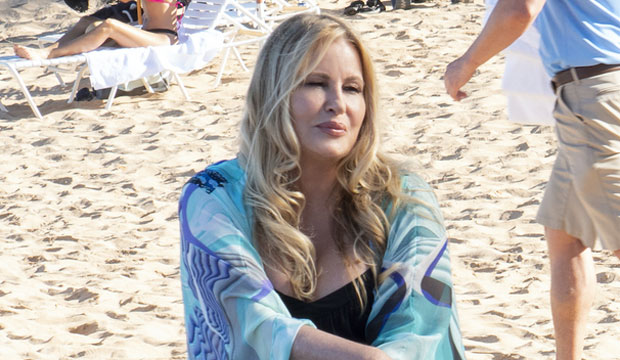 It’s no surprise that Jennifer Coolidge (“The White Lotus”) leads our Primetime Emmy odds for Best Movie/Limited Supporting Actress. Her scene-stealing performance has been tipped as an awards front-runner ever since the series aired last summer, and she earned a Critics Choice win and a SAG Award nomination for her performance since then. But it’s been almost a year since the show premiered. How far ahead is she now that we’ve seen the whole season’s worth of programming?

As of this writing her lead is pretty big. Overall she gets odds of 9/2 with more than 1,800 of our everyday Users betting on her to win for playing Tanya, an eccentric guest of the title hotel who has come to spread her late mother’s ashes. To compare, no other contender has even 100 Users predicting them to win. Also betting on Coolidge are 18 out of the 21 Expert journalists we’ve surveyed from major media outlets, 12 of the 13 Gold Derby Editors who cover awards year-round, 17 of the Top 24 Users who got the highest scores predicting last year’s Emmy nominations, and 18 of the All-Star Top 24 who had the best predictions when you combine the last couple of years’ results.

That’s a lot for her potential rivals to overcome, but it’s not impossible. I’m the sole Editor currently betting on an upset by Andie MacDowell (“Maid”), another veteran actress in an eccentric role, in this case as a mentally ill mother who complicates the life of a domestic abuse survivor, which I think could be catnip to voters, especially if “Maid” is well received by Emmy voters across the board. One of our Top 24 is also predicting her, as are two All-Stars. Then there’s Kaitlyn Dever (“Dopesick”) for her role as a struggling opioid addict: Experts Debbie Day (Rotten Tomatoes) and Keith Simanton (IMDb) say she’ll win, perhaps cashing in her Emmy IOU after she was surprisingly snubbed for her performance in “Unbelievable” two years ago.

But even after a year it looks like the rest of the Emmy field is still playing catch-up. The odds say it’s still Coolidge’s to lose.