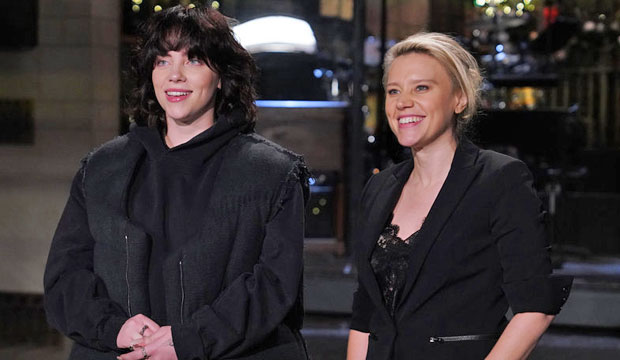 Kate McKinnon is looking to extend her career Emmy nomination haul this year for her varied work on “Saturday Night Live.” On top of a bid in Best Original Music and Lyrics in 2014, the actress has been nominated for Best Comedy Supporting Actress every single year since 2014, winning the category twice, in 2016 and 2017. With eight acting bids under her belt in this category, she is already one of the four most-nominated performers in the history of Best Comedy Supporting Actress, but she will enter truly elite territory if she receives a 9th Emmy nomination this year.

Currently, McKinnon is tied with Megan Mullally, another two-time winner with eight acting nominations of her own for “Will & Grace.” If the sketch performer adds a ninth this year, she will only be behind two other actresses who have an astonishing 10 bids apiece — Rhea Perlman (“Cheers”) and Loretta Swit (“M*A*S*H”). Both Perlman and Swit also won multiple Emmys, with Swit’s unprecedented nomination streak lasting from 1974 to 1983, when, ironically, Perlman began her own stretch of Emmy domination.

McKinnon has been one of, if not the biggest star of “SNL” over the last decade, with her impressions of political figures like Hillary Clinton, Ruth Bader Ginsburg and Elizabeth Warren. Her original characters are often of the oddball variety, a persona she has also brought into the film world. She has far exceeded any other “SNL” player in terms of sheer quantity of Emmy nominations since 2008, when sketch performers were first allowed to compete in the supporting categories. Before 2008, Dana Carvey comes the closest to McKinnon’s record, with five consecutive nominations in the now-defunct Best Individual Performance in a Variety Program category.

With Best Comedy Supporting Actress likely to have seven or eight slots this year, McKinnon’s chances of getting another Emmy nomination are strong. She is currently in fifth place for a nomination, according to the latest Gold Derby Emmy odds. McKinnon missed the first seven episodes of the season as she was filming the Peacock limited series “Joe vs. Carole,” but she has since been a consistent presence since the December 11 episode hosted by Billie Eilish.

Speaking of McKinnon, she is Gold Derby users’ pick for who should host the 2022 Emmys on NBC. See the complete poll results right here.