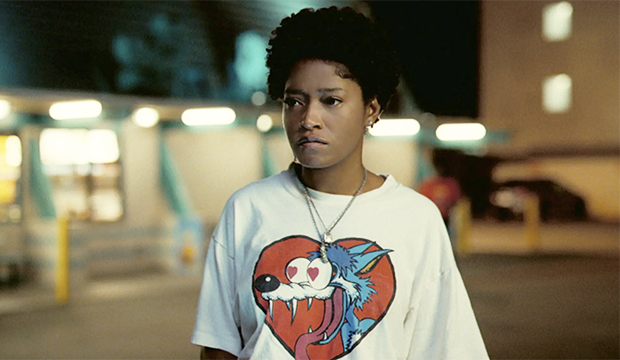 It’s been a great couple of days for Keke Palmer. She did her pitch-perfect impression of Angela Bassett for Angela Bassett, hosted “Saturday Night Live” — on which she revealed her pregnancy and helped engineer a long-awaited “Kenan & Kel” sketch — and was the surprise Best Supporting Actress winner at the New York Film Critics Circle Awards for “Nope.” It’s an inspired win that, at first glance, seems like another left-field pick by the oldest critics group that doesn’t really materialize elsewhere, like last year’s champ Kathryn Hunter (“The Tragedy of Macbeth”), but you shouldn’t count out Palmer at the precursors, especially one in particular.

While she’s still an underdog at the Oscars, Palmer’s best shot at a major precursor mention is at the Screen Actors Guild Awards, voting for which began on Monday. Why? Well, she’s already been a nominee. In fact, she’s one of the SAG Awards’ youngest individual nominees ever. At the age of 11, she received a limited series/TV movie actress nomination for her performance in the 2004 TNT film “The Wool Cap.” Sure, the SAG Awards have changed a lot in the last 18 years, including a merger between SAG and AFTRA, but Palmer already having a footprint there can never hurt. The former child actress has also been consistently working across TV and film the past two decades, nabbing an Emmy for Best Short Form Comedy or Drama Series Actress for “Keke Palmer’s Turnt Up with the Taylors” last year.

What’s more, it helps to be early and visible with a populist group like SAG-AFTRA. Released in July, “Nope” was one of the few box office success this year, earning $123.27 million domestically, while numerous “awards movies” have underperformed this fall. SAG-AFTRA also appears to be Jordan Peele fans. It once gave “Key & Peele’s” two-person ensemble a comedy ensemble nomination and Peele’s first two films have scored SAG bids. “Get Out” (2017) was shortlisted in ensemble and actor for Daniel Kaluuya, while Lupita Nyong’o, another NYFCC champ, snagged an actress nom for “Us” (2019).

Then there’s the fact that though Palmer is a co-lead in “Nope,” Universal is campaigning her in supporting actress, which is the most unpredictable and open acting category this season. There’s no solid front-runner since Michelle Williams went lead for “The Fabelmans,” another Universal flick, and a number of ways the lineup could shake out with multiple hopefuls from “Women Talking” and “Everything Everywhere All at Once.” It’s ripe for mass chaos and Palmer’s NYFCC win might also give some voters the green light to check out her performance and consider her.

At the moment, Palmer is down in 23rd place in the odds, which are topped by the “Women Talking” duo of Claire Foy and Jessie Buckley. “The Banshees of Inisherin” star Kerry Condon is in third, followed by “Everything Everywhere” twosome Stephanie Hsu and Jamie Lee Curtis. You shouldn’t overreact to one win, so we don’t blame if you if you didn’t update all of your predictions with Palmer, but the longer the supporting actress race remains unsettled, the more that benefits Palmer, who already has a prestigious prize under her belt.