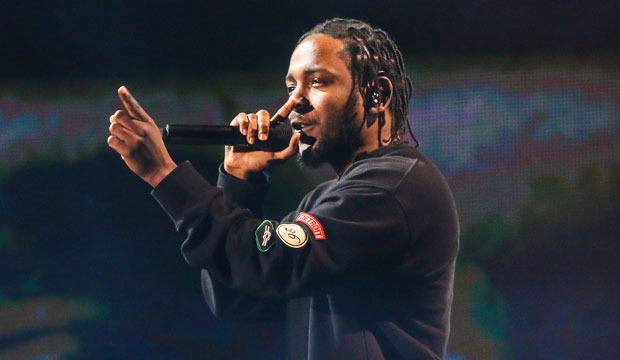 Joe Papeo/Variety
How do music critics love Kendrick Lamar? Let me count the ways … Actually I’d better not or I’d be here all day. The reviews are already coming in for the rapper’s fifth studio album, “Mr. Morale and the Big Steppers,” which was released on May 13, 2022 — Friday the 13th, a lucky day for the artist, as the early notices are damn near perfect.

As of this writing “Mr. Morale” has a flawless MetaCritic score of 100 based on the first six reviews — we’ll see if it maintains that number as more commentaries are added to the review aggregator. But they’re a good sign that Lamar’s work is as good as ever, and that’s an incredibly high bar to clear, considering the critical scores for his previous albums “Good Kid, M.A.A.D City” (91), “To Pimp a Butterfly” (96), and “Damn” (95).

Robin Murray (Clash Music) writes that “Mr. Morale”  is “one of his most profound, complex, revelatory statements yet, a double album fueled by sonic ambition, the will to communicate, and Kendrick’s staunch refusal to walk the easy path.” However, “such artistry essentially makes a mockery of the review process. Analyzing this record would take a full academic tome, not a blog post.”

Bloggers and journalists are giving it their best shot, though. Ben Bryant (The Independent) adds that the album “has a delicacy and tenderness to it that is unprecedented for the father of two from Compton, California.” Steven Loftin (The Line of Best Fit) joins the chorus of praise: he agrees about Lamar’s surprisingly “vulnerable” and “exposing” lyrics, which help make the album “bold, beautiful, but most importantly, a reminder that an artist like Kendrick Lamar is once in a generation.” And Alexis Petridis (The Guardian) was left “feeling almost punch-drunk at its conclusion.”

Lamar’s career achievements thus far include 14 Grammy Awards (though, notoriously, he has yet to win Album of the Year), and he even won the Pulitzer Prize for music for “Damn,” which was historic because it was the first Pulitzer winner that wasn’t a jazz or classical recording. And Rolling Stone named it one of the greatest albums of all time. He has been shut out at the Grammys whenever he has been nominated in the general field, but if this level of artistry makes a mockery of the review process, it may also make a mockery of the awards process.