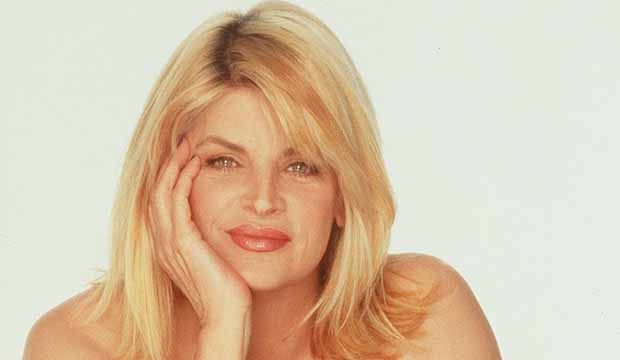 Kirstie Alley, the smokey-voiced actress who replaced Shelley Long in the ensemble cast of “Cheers” in 1987 and went on to establish herself and earn plaudits from critics along with a handful of Emmy nominations, died Monday after a short battle with cancer. She was 71 at the time of her death, and her illness had not been well-known outside of immediate family.

When Long departed “Cheers” after playing fussbudget intellectual waitress Diane Chambers for five seasons that generated an Emmy nomination every year (and a lone win in 1983) to pursue a film career in 1987, the press and industry were skeptical about the show’s ability to remain a ratings juggernaut and weren’t initially terribly impressed with Alley’s casting as the replacement. A relatively swift exit from the NBC schedule was considered a real possibility. Instead, “Cheers” thrived with Alley portraying the Boston bar’s brassy, ambitious and completely neurotic middle manager Rebecca Howe, sticking around for another half-dozen seasons. It was the tallest order imaginable for an actress to step into an established show with an otherwise tight-knit cast, but Alley made it look easy, and the transition impressively seamless.

Ken Levine, who along with partner David Isaacs wrote some 40 episodes of “Cheers,” credited Alley with reinvigorating the show in an exclusive interview with Gold Derby Monday night. “The Sam (Ted Danson) and Diane thing had gone on for five years, and it was getting harder and harder to find new stories and twists for it,” he said. “We figured hiring Kirstie would either give the show a shot in the arm and really revitalize it – or the audience wouldn’t bite and it was gonna be dead. The producers were looking to bring in someone with a different look and energy. That was Kirstie.”

It worked out better than anyone could have expected, Levine agreed. “The audience accepted Kirstie, and the show found fun things to do with her. It changed the whole ‘Cheers’ dynamic and allowed us to keep going for six more years. I’m not sure we could have gone six more years with Diane.” Beyond that, he points out, Alley was a kick for the cast and crew of the show to have around, calling her “fun and one of the guys, and such a joy to work with. Everyone liked her. She fit right in. She wasn’t a diva in any sense. She never complained about the scripts. My writing partner and I loved writing for her. Anything we gave Kirstie to do, she was game and very much a team player. It couldn’t have been easy for her to come in and hit the ground running on an established show, but she adjusted really quickly.”

SEEWill Kirstie Alley be Emmy good luck charm for ‘Dancing With the Stars’?

While Alley had a budding career prior to “Cheers,” the series sent her acting profile soaring. It brought her five Emmy nominations (matching the number brought in by Long) and four Golden Globe noms. She won both the Emmy and the Globe for Best Comedy Actress in 1991. And the “Cheers” gig led to her co-starring in the “Look Who’s Talking” film comedy trilogy with John Travolta and Olympia Dukakis from 1989-93. Once the sitcom’s lengthy run finally ended after 11 years, Alley was cast in the made-for-TV drama “David’s Mother” playing the mom of a severely autistic teenage son and won another Emmy for the role in ’94. Three years later, she landed the lead in the NBC comedy “Veronica’s Closet” and enjoyed a three-season run, with Alley playing the head of a lingerie company.

What was particularly interesting about watching Alley was that you always got the feeling she was playing the role of Kirstie Alley more than she was any fictitious character. She wore her emotions and quirks on her sleeve, and it made her fascinating to watch. There was a notable lack of a filter, and it evoked a certain fearlessness that was palpable. Never was that clearer than in her role in 2005 in the short-lived show “Fat Actress,” a mostly unscripted Showtime effort that found Alley portraying a character who was essentially herself in her struggle to lose weight. It was an incredibly brave effort for which Alley received too little credit.

In point of fact, Alley was consistently underestimated, in part because she was so defiantly kooky. For instance, while accepting her Emmy on stage in ’91, she thanked her then-husband Parker Stevenson for being “the man who has given me the big one for the past eight years.” She also was an unrepentant Scientologist and became something of a right-wing activist in the last years of her life. She even defended the January 6 insurrectionists in a tweet, maintaining that “most protestors (98%) came in peace.” Her reputation as a bit of a loose cannon seemingly kept her from getting hired a lot over most of the last decade of her life, which is too bad, because Alley was a unique personality who was never less than brutally honest with both herself and others. (Her last appearance was on “The Masked Singer” in April, when she still appeared healthy.)

Whenever I turned on “Cheers” reruns over the past few years and saw it was one featuring Alley, I was mesmerized by the fact she looked like a woman constantly on the verge of nervous collapse. I would think, “Either she’s one incredible actress, or she really is in the throes of an emotional breakdown.” I suspect now that it was probably a little bit of both. But regardless, with everyone so protective today of their image and their brand, that kind of transparent, courageous authenticity stands out. It’s the kind of thing we too often fail to appreciate until the person is gone.

I think that’s what I’ll remember most about Kirstie Alley. Just watching her left you feeling anxious due to her warts-and-all messiness. It takes genuine personal acceptance – and an artful sense of the reckless – to successfully pull that off. 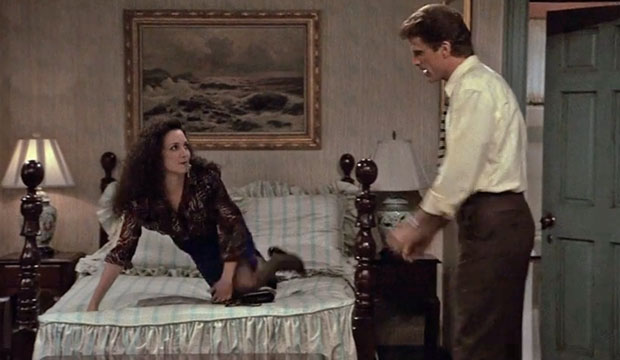