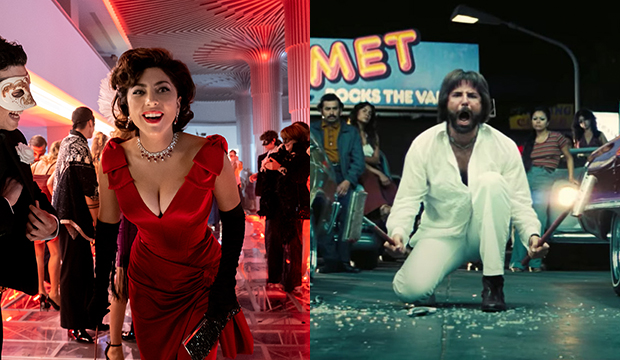 Lady Gaga and Bradley Cooper are expected to return to the Oscar race three years after making a big splash with “A Star Is Born.” The two stars earned matching lead acting nominations in 2019 for their performances as doomed lovers, but neither took home the win (though Gaga did win Best Original Song that same night for “Shallow”). Both are now in contention to possibly make up for those acting losses — Gaga for her vivacious performance in “House of Gucci” and Cooper for his small but memorable turn in “Licorice Pizza.” Both actors have strong narratives that could lead to the pair taking home his-and-hers statuettes this year.

For Gaga, the role of Patrizia Reggiani, the Italian socialite who was convicted for orchestrating the assassination of her former husband, Maurizio Gucci, gave the performer the opportunity to indulge in her flair for the theatrical. She is a burst of energy in nearly every scene, making a meal out of Reggiani’s flamboyant personality and thick Italian accent. The fun of her performance may have contributed to “House of Gucci” becoming one of few adult-oriented dramas to be a box office hit last year. While lending a more naturalistic style to “A Star Is Born,” Gaga goes in a different direction with “House of Gucci,” showing moviegoers and industry voters that she has the range and the capacity to truly transform.

SEE Will the Best Actress lineup have the most biopic performances of all time?

Cooper is similarly bold in his choices as film producer Jon Peters in “Licorice Pizza.” While only appearing in a handful of scenes in the 133-minute film, he surely makes the most of them, coming in with a shaggy head of hair and a huge ego. He demands excellence from the young protagonists, who are delivering a waterbed to his house, which leads to a comic sequence of misadventures. It is arguably the most electric section of the film and Cooper is a huge contributing factor. He exemplifies what a great supporting performance should be, making a big impression without overshadowing the film’s overarching narrative.

Both Gaga and Cooper nabbed nominations from the Screen Actors Guild Awards, putting them in strong positions to be Oscar-nominated in Best Actress and Best Supporting Actor, respectively. According to the latest Gold Derby odds, Gaga and Cooper are bubble contenders in their categories, the former in fifth place for a nomination and the latter in sixth. Should they be nominated, Gaga will have a strong case, having delivered a powerhouse performance in a box office hit, while Cooper has taken on an overdue narrative. This would be his fifth acting nomination and ninth overall when accounting for his bids for producing and writing. While Oscar voters decided against rewarding the pair for “A Star Is Born,” it is possible that, three years later, they might just want to take another look at them.