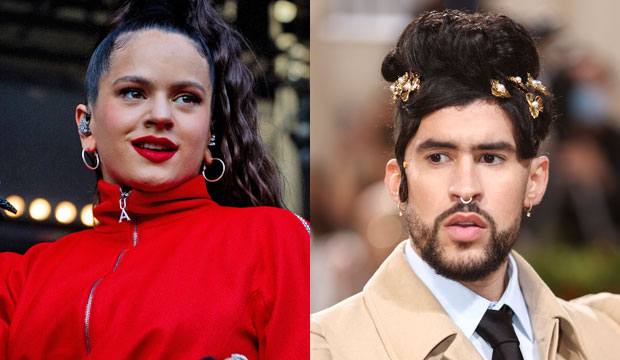 The 23rd Annual Latin Grammy Awards nominations are due on September 20, honoring the best music released from June 2021 through May 2022. This year the ceremony might see the return of veterans and buzzy superstars, all competing for top honors for their incredible work in Latin music. Let’s take a look at the biggest contenders.

Bad Bunny is poised to have a big nominations day. The urban star’s fourth album, “Un Verano Sin Ti,” has been a massive success and is arguably the biggest album of the year, topping Spotify charts all over the world and spending multiple weeks atop the Billboard 200 in the US. Bad Bunny is also no stranger to Latin Grammy success. His first album, “X100PRE,” won the Latin Grammy for Best Urban Music Album. He followed that up with “YHLQMDLG,” which earned him five nominations including his first for Album of the Year; he ended up winning Best Reggaeton Performance for “Yo Perreo Sola.” Finally, his third album, the number-one “El Último Tour del Mundo,” earned him another AOTY nom and won him his second Best Urban Music Album trophy. This year the success of “Un Verano Sin Ti” will surely get it into Album of the Year, and he is likely to pick an award or two up again, either for the catchy “Me Porto Bonito” featuring Chencho Corleone, or the lead single “Moscow Mule.”

Another urban star that should have a big haul is Karol G. Her hits “Provenza” and “Mamiii” (featuring Becky G) have been in heavy rotation this year, and should easily give the singer and rapper a couple nominations. Karol is already a two-time Latin Grammy winner, taking home Best New Artist in 2018 and Best Reggaeton Performance in 2021 for “Bichota.” She will probably be joined by fellow reggaetonera Anitta, who’s had a massive hit this year with “Envolver.” While Anitta has yet to win a Latin Grammy, she’s a consistent nominee, accumulating six bids since 2014. Her album, “Versions of Me,” could also pick up a nomination.

Rosalia is a certified Latin Grammy darling at this point, so she’ll probably be all over the nominations as well. Her third studio album, “Motomami,” is so far the most acclaimed of 2022, scoring a remarkable 94 on Metacritic. The album is also one of the most successful of the year, and has given Rosalia hits like “La Fama” featuring The Weeknd and “Saoko.” Knowing Rosalia’s history at the Latin Grammys, she could easily take home multiple awards too. The singer-songwriter has won eight times from 2018 to 2020, including Album of the Year for her prior release, “El Mal Querer.” The wide array of genres explored on “Motomami” is sure to help Rosalía max out on nominations too.

A number of veterans are also in the running this year. When you think of the Latin Grammys, you think of Alejandro Sanz, so it’s to be expected that his newest record, “Sanz,” will get a good share of nominations, perhaps even wins. Likewise, another past Record of the Year winner Jorge Drexler will probably also appear on the list with his newest record, “Tinta y Tiempo.” Then there’s Carlos Vives, who dropped his 17th studio album, “Cumbiana II,” at the tail end of the eligibility season; it includes collaborations with buzzy artists like Camilo and Ricky Martin. Finally, last year’s Album of the Year winner Rubén Blades could be back in contention with his new album, “Pasieros,” a collaboration album with Boca Livre.

Other names that could be present on the nominations list include Argentinian superstars Bizarrap and Paulo Londra; Chilean Latin Grammy winner Mon Laferte; Colombian pop star Sebastián Yatra; urban stars Tokischa, Rauw Alejandro, and Eladio Carrión; as well as other veterans like Shakira and Daddy Yankee.