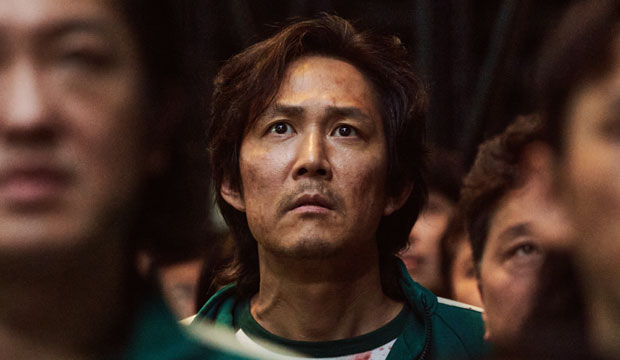 At this year’s Emmys, “Squid Game” did phenomenally well with acting nominations, which is especially impressive given that its cast wasn’t previously very well known in America. Lee Jung-jae already won SAG and Critics Choice Awards earlier this year, and five of the previous 10 Emmy winners for Best Drama Actor came from first year shows. Will Lee become the latest?

In “Squid Game,” Lee plays Seong Gi-hun, a divorced chauffeur who’s also a gambling addict. He lives with his mother and struggles to financially support his daughter. In order to settle his many debts and prove himself financially stable enough to have custody of his child, Seong participates in a survival game where a 45.6 billion won prize is at stake.

While it wasn’t the final season for “The Crown” last year, it certainly was for O’Connor as Dominic West will be playing an older version of Prince Charles in the next two seasons. The only Best Drama Actor from this past decade who didn’t come from his first or last year was Jeremy Strong for the second season of “Succession” in 2020. While he is back in contention this year, he might be disadvantaged by the fact that we haven’t seen a repeat winner in this category since Cranston in 2014.

SEELee You-mi (‘Squid Game’): Ji-yeong is a fan-favorite because ‘everyone wants and needs a person like that’ [Exclusive Video Interview]

When Lee won at SAG, it was quite an upset over three men from “Succession” (Brian Cox, Kieran Culkin, and the aforementioned Strong) as well as Billy Crudup from “The Morning Show.” The fact that he managed to pull that off up against actors who were more established to American audiences from a populist industry awards group with more than 100,000 members should be worth considering. As of this writing, Cox is expected to win with 37/10 odds, according to our combined predictions, but Lee is a close second with 39/10 odds.

Jason Bateman may be nominated for the final season of “Ozark,” but he could be vulnerable due to his character being more understated. Adam Scott is also up for a first year show, and “Severance” did do quite well in nominations, so he could be a stealth contender. “Better Call Saul” still has yet to win any major awards at the Emmys, but Bob Odenkirk may be considered overdue, so there’s an outside chance for him to prevail.

Do you think Lee Jung-jae is being underestimated at this year’s Emmys?