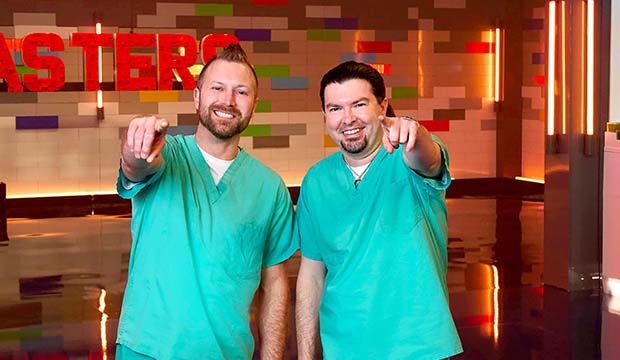 The third season of “Lego Masters” was originally set to premiere on May 31, 2022 before being pushed to Fox’s fall schedule. Fans have waited an entire summer, but the wildly fun and creative reality TV competition finally kicks off on Wednesday, September 21 (9:02 – 10:00 pm ET/PT on Fox). Which team has the imagination, creativity and determination to cross the finish line and take home the ultimate prize of $100,000 and the “Lego Master” trophy? Scroll through our cast photos for “Lego Masters” Season 3 above.

When is the premiere date?

Mark your calendars for Wednesday, September 21, 2022 as that’s when Season 3 of “Lego Masters” debuts on the Fox network. In 2020, the first season of the competition program was nominated for two Emmys: Best Reality Directing and Best Reality Picture Editing.

Who is the host?

Who are the judges?

Amy Corbett and Jamie Berard return for the third season of “Lego Masters” as the reality TV show’s judges/mentors. They are both self-proclaimed expert Brickmasters as well as employees at The Lego Group.

Here is the cast breakdown for Season 3 (click here for photos):