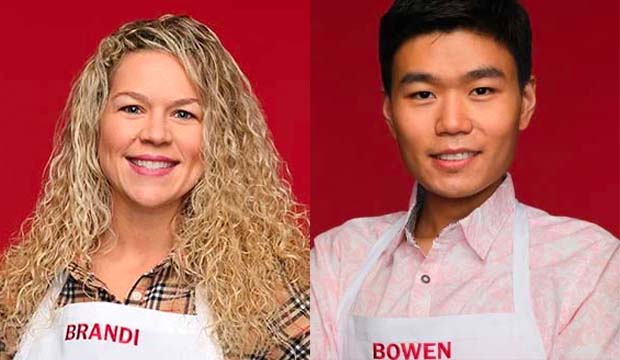 Another double elimination took place on “MasterChef” last night when Episode 14 and Episode 15 aired back-to-back on Fox. The top 10 chefs from Season 12 were tasked with elevating traditional gas station snacks into gourmet dishes. Brandi Mudd’s Spicy Cheese Puff Arepa with Cola Skirt Steak and Fruity Cereal Crema left a bad taste in the mouths of judges Gordon Ramsay, Aaron Sanchez and Joe Bastianich. They sent the 33-year old back to Kentucky after telling her the dish “looks and tastes like an orange hockey puck.”

Next, the top nine chefs were faced with another Winner’s Mystery Box challenge, this time from “MasterChef 9” winner Gerron Hurt. After cooking with a box full of chilis, Bowen Li was eliminated for his “bizarre” Seafood Stuffed Pepper with Mofongo Mashed Plantain Cake that felt like “ball bearings in your mouth.” Do you think Brandi and Bowen deserved to get the boot this episode? Vote below in our poll.