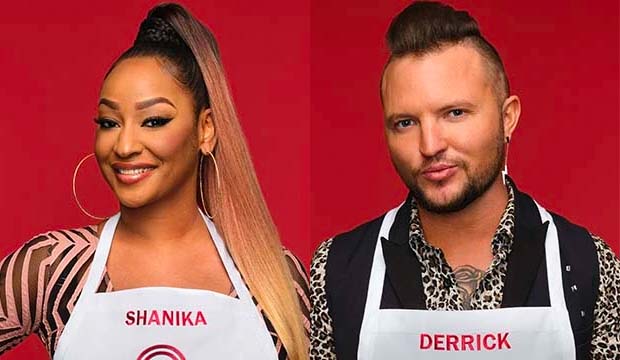 Three home cooks were sent packing in last week’s double episode of “MasterChef.” First, the duo of Amanda Saab and Derrick Fox succumbed to their inability to properly communicate during the wall challenge. Judges Gordon Ramsay, Aaron Sanchez and Joe Bastianich said their Crispy Skin Duck with Moroccan-Style Couscous, Romanesco and Blood Orange Gastrique tasted like cough syrup. Next, the Top 6 took over Spago for renowned Chef Wolfgang Puck. Willie Mike led his Blue Team to a loss and was eliminated for his poor effort.

In our recent poll, where we asked you to pick which chef-testant you think deserved to be eliminated, the majority agreed it was time for Willie (28%) and Amanda (26%) to go. But most people were upset to see Derrick leave. Instead, Shanika Patterson received the third most votes at 22%. Dara Yu was next at 15% followed by Derrick at 5% and Michael Silverstein with 4%.

In the episode, the Top 8 chefs were paired together and tasked with communicating on opposite sides of a wall to create identical dishes with a double elimination on the line. Then, after two were sent packing, the Top 6 took over Chef Wolfgang Puck’s kitchen at the famous Spago restaurant in Los Angeles. Christian Green and Willie won the first challenge and Christian followed that up by leading the Red Team (which included Emily Hallock and Dara) to victory at Spago.