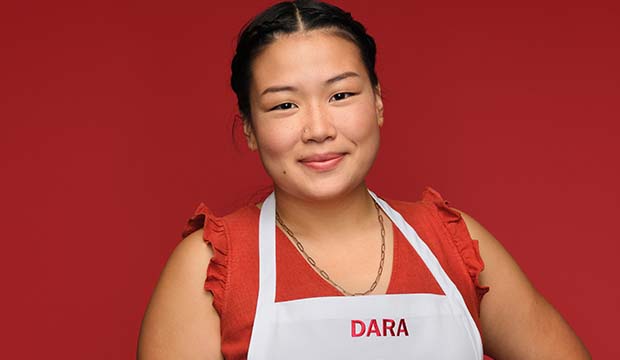 The “MasterChef” fans have spoken and you want Dara Yu to win Season 12. The 20-year old from Los Angeles would the youngest champion in the show’s history, two years the junior of Season 1 winner Whitney Miller. The average age of a “MasterChef” winner over the past 11 seasons is 31. Dara is competing against Christian Green, a 36-year old from New Orleans and Michael Silverstein, a 34-year old from Pittsburgh.

In our recent poll we asked who YOU want to win the title of “MasterChef” and Dara received 54% of the votes. Christian ranked second with 31% and Michael finished in third with just 15%. The winner will be decided by judges Gordon Ramsay, Aaron Sanchez and Joe Bastianich during the one-hour season finale airing on Wednesday, September 14 (8:00 p.m. – 9:02 PM ET/PT on FOX). Former series regulars Graham Elliot and Christina Tosi serve as guest judges.

Dara is a 20-year old from Los Angeles who placed 2nd on Season 1 of “MasterChef Junior.” This cycle she has won or been on the winning team for five challenges. She was in the bottom three or on a losing team on three occasions. Dara’s appetizer dish in this finale was crispy skin red snapper with grilled asparagus and a miso Béarnaise sauce.

Christian is a 36-year old from New Orleans who placed 5th on Season 5 of “MasterChef.” This cycle he has won or been on the winning team for five challenges. He has never been in danger of elimination. Christian’s appetizer dish in this finale was fried green tomato with a crawfish salad, remoulade sauce and caviar.

Michael is a 34-year old from Pittsburgh who placed 15th on Season 10 of “MasterChef.” This cycle he has won or been on the winning team for two challenges. He was in the bottom three or on a losing team three times. Michael’s appetizer dish in this finale was cold smoked steelhead trout with pomelo and cucumber aguachile, salsa macha and pickled cucumbers.

SEE Everything to know about ‘Hell’s Kitchen 21’