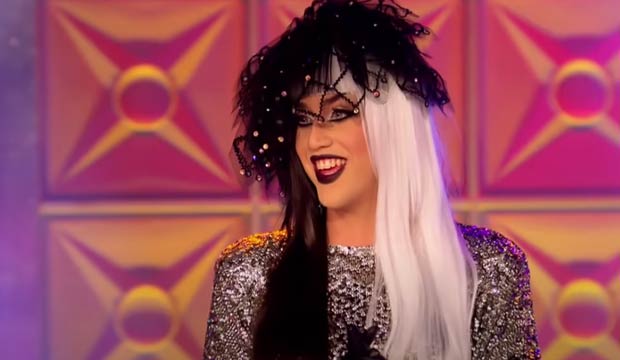 For nearly two decades now, the contestants of “RuPaul’s Drag Race” have entertained audiences with their lip syncs, fierce looks and wild personalities. In all, there have been more than 20 American winners when you combine the regular show with the “All Stars” champions. But what about the — gulp — losers? Many of the queens who failed to take home the crown ended up being more successful in the long run than those who beat them. In our photo gallery above, we have pored through the roster of former queens to bring you the definitive list of the Top 15 most successful “RuPaul’s Drag Race” losers ever (in alphabetical order).

RuPaul Charles hosts the Emmy-winning series and is currently joined on the judging panel by Michelle Visage, Ross Mathews and Carson Kressley. In 2022, the reality TV program welcomed back eight of the most popular champions of all time for a special “All Winners” season. None of the historical non-winners were invited to attend, though Raven from Season 2 and All Stars 1 made a special appearance in the season premiere to trick the contestants into thinking she’d be competing alongside them. Raven obviously makes our most successful losers list, but who are the others?

Adore Delano (Season 6, All Stars 2): Even with an unsuccessful stint on AS2, Adore has managed to maintain a relatively high public profile as an entertainer, releasing four music albums and appearing on MTV’s “Ex on the Beach.”

Alyssa Edwards (Season 5, All Stars 2): If you don’t know who Alyssa is then you’re hiding under a rock! Aside from her hilarious web series “Alyssa’s Secret,” she’s been the star of the Netflix show “Dancing Queen,” released lines of makeup prodducts, appeared on “America’s Got Talent,” and produced and starred in the one woman show “Alyssa: Memoirs of a Queen.”

BenDeLaCreme (Season 6, All Stars 3): In 2020, Ben and frequent collaborator Jinkx Monsoon released a holiday special on Hulu, on top of the many solo tours that Ben has put on since her legendary self-elimination on AS3.

Brooke Lynn Hytes (Season 11): The gag of them all was when Brooke Lynn was announced as the RuPaul stand-in as drag host of “Canada’s Drag Race” despite her not winning during her season in the U.S. She has helped make the Canada version one of the best in the franchise and proves that sometimes losing really is the new winning.

Courtney Act (Season 6): No one has kept the reality TV train running longer than Courtney. Not only did she win “Celebrity Big Brother UK” in 2018, she also competed for Australia’s Eurovision and “Dancing with the Stars,” and hosted “The Bi Life” in the UK. She was nominated for an AACTA Award in 2021 as the latest host of the country’s long-running interview show “One Plus One.”

Derrick Barry (Season 8, All Stars 5): Known first as the Britney Spears impersonator of season 8, Derrick has since become very successful in Vegas with residencies in “An Evening at La Cage,” “Divas Las Vegas” and of course “RuPaul’s Drag Race Live!”

Ginger Minj (Season 7, All Stars 2, All Stars 6): Like a few others, Ginger has put out three music albums and has appeared in multiple films for Netflix, like “Dumplin’” starring Jennifer Aniston and “AJ and the Queen” starring RuPaul Charles.

Katya (Season 7, All Stars 2): Arguably one of the biggest fan favorites in herstory because of her dry and self-deprecating sense of humor, Katya made a name for herself as co-host of the popular web series “UNHhhh” and Netflix’s “I Like to Watch,” both with Trixie Mattel. Katya has also appeared in multiple television shows, including “Love, Victor,” “Lucifer” and “Ziwe.”

Kim Chi (Season 8): After finishing as runner-up to Bob the Drag Queen in the eighth season, Kim took her makeup skills and Instagram-ready beauty to the bank when she launched her own cosmetics line Kim Chi Chic.

Latrice Royale (Season 4, All Stars 1, All Stars 4): Even without hit music albums or roles in Oscar-winning films, Latrice has been cited as one of the “most powerful drag queens in America.” Her large and in charge personality as seen on season 4, AS1 and AS4 has been Latrice’s bread and butter for commanding top dollar for her appearances.

Raven (Season 2, All Stars 1): There’s a reason Ru’s gag of having Raven enter the Werk Room on AS7 as a “winner” worked so well – everyone is aware of how successful she’s been as a non-winner. Winning an Emmy for doing Ru’s makeup on the show, co-hosting “Fashion Photo Ruview” with Raja, and fronting the WOW Presents Plus series “Painted with Raven” are only some of their accomplishments since competing.

Shangela (Season 2, Season 3, All Stars 3): Without a doubt, Shangela has had the biggest glow-up of any contestant. Beginning on season 2 as the first eliminated, appearing again on season 3 and then becoming a finalist on AS3. Since then, Shangela was in “A Star Is Born” (and was the first queen to walk the Oscars red carpet!) and is one of the stars of HBO’s inspirational show “We’re Here.”

Valentina (Season 9, All Stars 4): Multiple moments from season 9 made Valentina a meme-able star (the mask, fighting with Aja, being fan favorite) and paved the way for her to appear in fashion spreads for Vogue Mexico and a starring role in “Rent: Live” on Fox.

Vanessa Vanjie Mateo (Season 10, Season 11): As if she was the heir to Shangela’s throne, Vanjie took a first elimination spot in season 10 and catapulted that into iconic “all star” status in subsequent appearances. Now she’s a player in “RuPaul’s Drag Race Live!” in Vegas and the object of affection in her own dating show spin-off on WOW Presents Plus “Vanjie: 24 Hours of Love.”

Willam (Season 4): Since their iconic exit from season 4, Willam has created a widely varied set of accomplishments, including multiple music singles, an appearance in “A Star Is Born” with Shangela, and even earning Daytime Emmy nominations for the digital series “EastSiders.”