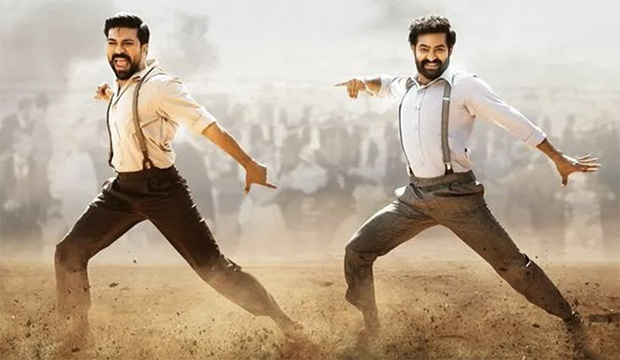 The nominees for Best Original Song at the 2023 Golden Globes offer a variety of different music genres, not least of which is the pop hit “Naatu Naatu” from the Indian epic action movie “RRR.” The song and dance number composed by nominees M.M. Keeravani and written by Chandrabose, as well as sung by Kaala Bhairava and Rahul Sipligunj, has become a viral hit and an instant standout among the movie’s musical soundtrack. The film, directed by S. S. Rajamouli, revolves around a fictional friendship between two true figures in the 1920s, Alluri Sitarama Raju (Ram Charan) and Komaram Bheem (N.T. Rama Rao Jr.) fighting for their country against the British Raj. The movie is nominated for a pair of Golden Globes, the other being Best Non-English Language Film, where it’s the overwhelming front-runner. But can “RRR” go two for two and also clinch Best Original Song?

Also contending for the song win is “Hold My Hand” from “Top Gun: Maverick” (Lady Gaga, Benjamin Rice and BloodPop), “Lift Me Up” from “Black Panther: Wakanda Forever” (Rihanna, Ryan Coogler, Ludwig Göransson and Tems), “Ciao Papa” from “Guillermo Del Toro’s Pinocchio” (Alexandre Desplat, Roeban Katz and Guillermo Del Toro), and “Carolina” from “Where the Crawdads Sing” (Taylor Swift). As it stands at Gold Derby, currently “Naatu Naatu” is in third place with 4/1 odds behind “Hold My Hand” and “Lift Me Up,” which is understandable given that they both have recognizable names attached to them who’ve been nominated in the past.

Nevertheless, “Naatu Naatu” should not be underestimated as the contender certainly stands out from the crowd. It is the most upbeat song of the bunch as it makes viewers want to dance out to it, and comes with a very catchy tune, with a choreography video scene that many of its fans have tried to replicate on social media. It is a testament to the film, which has definitely surprised across the board with awards bodies for its over-performance, being the second foreign language film to make the National Board of Review Top 10 (after “Roma”), and Rajamouli nabbing the Best Director prize at the New York Film Critics Circle, as well as the movie getting five Critics Choice Awards nominations, including Best Picture and Director.

It may seem that the Hollywood Foreign Press Association loves to reward big names like Gaga, who’s a previous two-time Globe winner for “Shallow” from “A Star Is Born” and for her acting performance in “American Horror Story: Hotel.” But that was also a similar reason many people had in 2019 for predicting her to win Best Drama Actress for “A Star Is Born,” and she ended up losing to Glenn Close for “The Wife” (who was sitting further back in the television section), so there are certainly no safe bets. The organization has shown that they do not mind awarding the songs they like, no matter how obscure or far fetched it may seem with the movie’s support or tally, having awarded a previous foreign-language song two years ago, “Io sì (Seen)” from “The Life Ahead,” which was the film’s only nomination.

But don’t let the low nomination count for “RRR” fool you. The movie has become a global sensation, setting box office records and establishing a worldwide and hardcore fan base. Its popularity has certainly been a contributing factor for its awards boost and “Naatu Naatu” is a song that exudes energy with its spectacular dance sequence and musical emotion. The Best Original Song category is always an interesting one for the awards season as there is no such category for the BAFTAs and therefore, no specific weigh-in from the industry to indicate what will ultimately win at the Oscars. This puts more precedent on the Golden Globes, which will set the tone of a potential frontrunner. It also is important to note that the winner of this category at the Globes have gone on to win the Oscar seven times in the last decade, which is good for the song if it triumphs here.

Currently, according to Gold Derby’s collective odds, only 154 users are predicting a victory for the “Naatu Naatu,” compared to 962 predicting “Hold My Hand,” giving it 18/5 odds, and 815 predicting “Lift Me Up,” with 37/10. “Carolina” and “Ciao Papa” sit with 9/2 odds and less than 100 votes. Watch the viral performance of “Naatu Nattu” from “RRR” below: