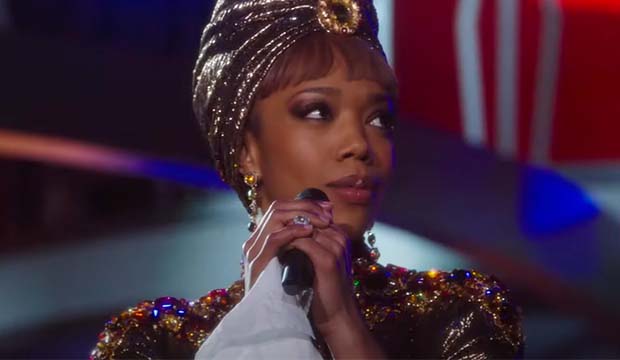 SEE Whitney Houston 35 best songs ranked: Hits include ‘I Wanna Dance with Somebody,’ ‘My Love is Your Love,’ ‘I Will Always Love You’ [PHOTOS]

Naomi Ackie is the Real Deal. 💯 Experience the celebration of Whitney Houston in #IWannaDanceMovie – exclusively in movie theaters December 23. pic.twitter.com/QJeNq9qaGI

“Our goal has been that we celebrate Whitney, for all that she was” Ackie continues. “The songstress, producer, actress, fashion icon and the person. This film is a love letter to Whitney.”

Houston was discovered by legendary music executive Clive Davis and signed to his ARISTA Records in 1983. Davis acts as a producer for the film, stating, “Naomi Ackie, she’s got the big responsibility of bringing the full person of Whitney Houston to the world and she’s the real deal.”

Kasi Lemmons directs the biographical musical based on the life of one of the world’s biggest superstars. Lemmons’ previous directing credits include 2019’s “Harriet” starring Oscar nominee Cynthia Erivo and 1997’s cult classic “Eve’s Bayou” starring Lynn Whitfield and Samuel L. Jackson. “I Wanna Dance With Somebody” is written by four-time Oscar nominee Anthony McCarten, whose previous screenplay credits include “The Theory of Everything” (2014), “Bohemian Rhapsody” (2018) and “The Two Popes” (2019).