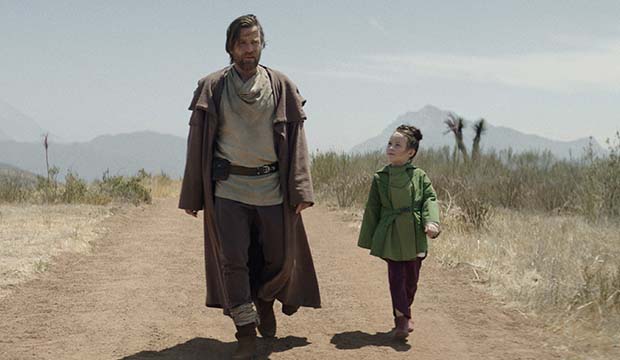 “Star Wars” fans were excited for the return of everyone’s favorite Jedi when “Obi-Wan Kenobi”  starring Emmy winner Ewan McGregor premiered via Disney Plus on May 27. The series proved to be well worth the wait, becoming the streamer’s most-watched premiere, surpassing season two of “The Mandalorian” and “The Book of Boba Fett.” In its inaugural season, which concluded on June 22, the limited series proves that there is no stopping the iconic franchise from exploring new territory as well as revisiting fan favorites. But did critics agree?

“Obi-Wan Kenobi” currently holds an impressive 83% freshness rating on Rotten Tomatoes, with the consensus reading, “This won’t be the Obi-Wan Kenobi some viewers are looking for, but Ewan McGregor’s soulful performance and some refreshing twists make this a satisfying — if circuitous — addition to the Star Wars saga.” There seems to be higher praise for this project in comparison to more recent outputs in the cinematic universe. While it hasn’t garnered as much critical praise as “The Mandalorian” has, it’s a far cry from the treatment received by the “Star Wars” prequel trilogy or even “Star Wars: Droids” in 1985.

Still, you won’t see it at this year’s Emmys because all of the episodes weren’t available to the Television Academy in time for voting consideration. Per the Academy’s rules, all series must fall within the eligibility calendar from June 1, 2021, to May 31, 2022. However, the rules regarding “hanging episodes for series eligibility” read:

The finale aired on June 22, with no early access to Emmy voters, so look for “Obe-Wan Kenobi” to throw its hat in the ring during next year’s awards cycle. McGregor won an Emmy in 2021 for Best Movie/Limited Actor for “Halston” and could bookend it with another in 2023. An additional bid would bring the star’s nomination total to five.

SEE Star Wars Disney+ plans revealed: ‘Rogue One’ prequel set for late summer, ‘The Mandalorian’ back as early as end of the year

Moses Ingram gives us was an instantly iconic brand new character in Reva Sevander. Reva is so effortlessly inserted into the existing lore of the franchise that one could never tell that the character has not been seen before. Ingram is a revelation in the role and I cannot wait to see how Reva’s journey continues. Meanwhile, Deborah Chow effortlessly helms the complex saga with such skill and precision that critics want her to continue working on future projects for the iconic franchise.

Matt Purslow of IGN praised the limited series, especially the character arc of the title character and the storyline, but found the action sequences to be less praiseworthy. CNN’s Brian Lowry extolled McGregor’s performance, writing that he “proves [to be] an enormous asset, perfectly capturing the legendary Jedi at this stage”, while simultaneously viewing the storyline of the show as “a more-than-plausible explanation” for Kenobi’s actions during the time period. Richard Trenholm of CNET  praised the limited series, hailing it for locating “the gripping human drama at the heart of this story.” He also gave high marks for “making the villains much more than cardboard cutout baddies.”

Other critics were less wowed by the miniseries. Darren Franich of Entertainment Weekly stated that the show was “dumb as a rock” and ended on a strange choice of “a character who died in 1977 and a character who died in 1999, toddling toward nowhere in a desert.” Dominic Patten of Deadline Hollywood was not impressed, calling it “undiluted nostalgia with no wisdom to impart and not much of a story to tell.” He even ruefully states “you’d think the Lucasfilm powers that be would have gotten under the hood at least one more time for a smoother ride, so to speak.”

“Obi-Wan Kenobi” begins 10 years after the dramatic events of “Star Wars: Revenge of the Sith” where Obi-Wan Kenobi faced his greatest defeat—the downfall and corruption of his best friend and Jedi apprentice, Anakin Skywalker, who turned to the dark side as evil Sith Lord Darth Vader. What do you think of the new limited series? Let us know in the comments and in the forums!