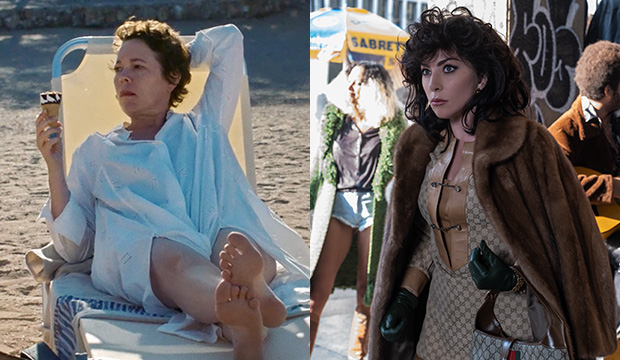 Olivia Colman and Lady Gaga were among the favorites in Best Actress going into the 2019 Oscar nominations, and based on recent predictions, we’ve got a case of history repeating. Colman and Gaga are widely expected to make their returns to Best Actress at the upcoming Oscars for, respectively, “The Lost Daughter” and “House of Gucci.” But the parallels with 2019 don’t just end there. That lineup also featured Yalitza Aparicio in “Roma” in her debut performance, while this year boasts multiple possibilities for actresses to earn bids in Best Actress for their first films.

Colman has steadily climbed to number two in Best Actress, according to the latest Gold Derby odds. “The Lost Daughter” would mark her third nomination in just four years, after winning for “The Favourite” in 2019 and earning her second nomination in Best Supporting Actress last year for “The Father.” Gaga received her first acting nomination for “A Star Is Born,” and she can call herself an Oscar winner, too, having claimed Best Original Song for the film’s iconic tune, “Shallow.” Both Colman and Gaga have strong narratives heading into nominations, with “The Lost Daughter” netting Colman some of the best notices of her career, while Gaga has been hailed as one of the highlights of one of the only adult dramas to make money at the box office last year.

The consensus top five is a quintet of heavy-hitters, including Colman, Gaga, Kristen Stewart (“Spencer”), Nicole Kidman (“Being the Ricardos”) and Jessica Chastain (“The Eyes of Tammy Faye”). It may be hard to break into that field, but two actresses making their film debuts might just be able to do it. The first is “Licorice Pizza” star Alana Haim, who has collected nominations and wins left and right from critics, including the Critics Choice Awards. The other is Rachel Zegler, star of “West Side Story” who is hoping to do what Natalie Wood could not by scoring an Oscar nomination for playing Maria in the iconic musical.

Odds have both Haim and Zegler on the outside of Best Actress looking in, sitting at seventh and eighth place, respectively (“Parallel Mothers” star Penelope Cruz is in sixth). Yet, looking back to 2019, Emily Blunt was widely expected to receive a Best Actress nomination for “Mary Poppins Returns,” having scored a slew of major precursor bids, but was shockingly overlooked in favor of Aparicio, who had only garnered love from Critics Choice among other critics groups and headlined a top Best Picture contender. With both Haim and Zegler in films that are predicted to land Best Picture nominations, either one could knock out one of those more established names, who are in films that have significantly lower chances in that top category. We don’t quite have an overdue legend on the scale of Glenn Close among the expected lineup or a comedy star going drama like Melissa McCarthy, but the parallels with 2019 will be fun to track heading into Oscar nominations in February.

PREDICTthe 2022 Oscar nominees and other awards shows
Oscar odds for Best Actress
Who will be nominated?