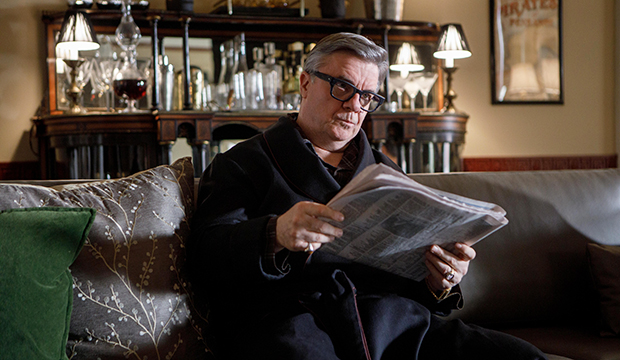 “Only Murders in the Building” is an embarrassment of riches. The Hulu comedy from Steve Martin and John Hoffman about a trio of strangers living in an extravagant Upper West Side apartment building who come together to solve a murder and start a podcast following their investigation is one of the funniest shows currently on TV. It’s also packed with an absurd level of talent. In addition to Martin, Martin Short and Selena Gomez, the true crime parody features excellent guest and supporting performances from the likes of Nathan Lane, Jane Lynch and Amy Ryan. Of the three, though, it’s Lane who’s seeking Emmy history.

A three-time Tony winner, Lane has yet to win a Primetime Emmy (he is the recipient of two Daytime Emmy Awards). However, it’s not for lack of recognition. He has been nominated for Best Comedy Guest Actor five times and Best Drama Guest Actor once. The comedy bids were for his work on sitcoms “Frasier,” “Mad About You” and, more recently, “Modern Family.” They tie him with the late Fred Willard for the most nominations in the category. So if Lane can snag a nom for his performance as Teddy Dimas, a fellow Arconia resident and purveyor of dips (and presumably other things sold at delis), he’ll own the solo record at six. Luckily for him, he looks to be in good shape to make it happen.

SEE Emmy Experts Typing: Will ‘Only Murders in the Building’ make a killing?

Currently, Lane sits in first place in Gold Derby’s combined odds with 11 Experts and seven Editors predicting him to triumph over the competition come September. At 18/5, he’s well ahead of Jason Sudeikis (“Saturday Night Live”) in second place at 5/1. The field also features several more actors eligible for hosting “SNL” (Kieran Culkin, third place; John Mulaney, fifth place and Jerrod Carmichael, sixth place), as well as Bill Hader, who is in fourth and eligible for his appearance on HBO’s “Curb Your Enthusiasm,” and Alexander Skarsgard, who is in seventh place for his guest turn on “Atlanta.”

In recent years, Emmy voters have tended to lean heavily on “Saturday Night Live” to fill out their ballots, and there’s little reason to think that won’t happen this year too. But Lane’s duplicitous turn as a wealthy patron of Oliver’s (Short) who agrees to sponsor the podcast within the show but is revealed to be harboring dark secrets of his own, provides a compelling, memorable alternative. Furthermore, Lane’s only significant in-show competition comes from James Caverly, who portrays Teddy’s deaf son Theo. Sitting in eighth place, he could be a sleeper candidate thanks to his work in the silent episode, “The Boy from 6B,” in Season 1. But given Lane’s Emmy history, especially in this category, where he just made eligibility — a fifth appearance would’ve forced him into the supporting actor category, which is sure to be filled by the many men of HBO’s “Barry” and Apple TV+’s “Ted Lasso” — his talent and pedigree, another Emmy nomination for Lane seems highly likely.

Should it come to fruition, working in the actor’s favor down the line is the fact that “Only Murders in the Building” is airing its highly anticipated sophomore outing during Phase 2 of Emmy voting. So not only could “Only Murders” allow Lane to enter the history books for receiving the most nominations in the category, but it could potentially also make him a Primetime Emmy winner for the first time in his lengthy, storied career. And there’s nothing — not even dips — that could top that.