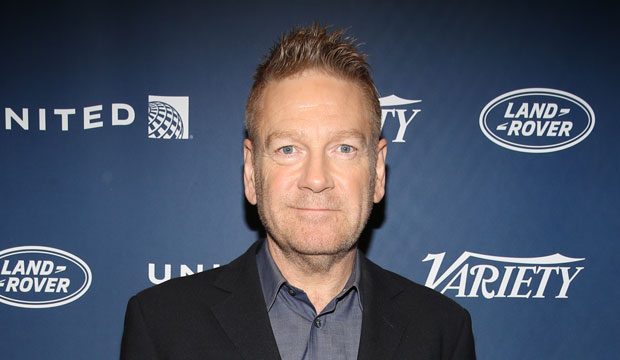 Thirty-two years ago, 29-year-old “Henry V” (1989) director, writer and star Kenneth Branagh became the second youngest person to receive Best Director and Best Actor Oscar nominations for the same film after Orson Welles (26, “Citizen Kane,” 1941). Over the next 22 years, he picked up bids in three more categories: Best Live Action Short (“Swan Song,” 1992), Best Adapted Screenplay (“Hamlet,” 1996) and Best Supporting Actor (“My Week with Marilyn,” 2011). Now, his Best Picture and Best Original Screenplay notices for the 2021 film “Belfast” have made him the first person ever recognized in seven unique categories. He is also included in this year’s Best Director lineup, making that the only award for which he has competed twice.

The directors currently nominated against Branagh are Paul Thomas Anderson (“Licorice Pizza”), Jane Campion (“The Power of the Dog”), Ryusuke Hamaguchi (“Drive My Car”) and Steven Spielberg (“West Side Story”). All but Hamaguchi have vied for this honor at least once before, with Spielberg standing out as an eight-time contender. He took the prize for both “Schindler’s List” (1993) and “Saving Private Ryan” (1998). This is Anderson’s third directing bid following ones for “There Will Be Blood” (2007) and “Phantom Thread” (2017). Campion was previously recognized for helming 1993’s “The Piano.”

Set in 1960s Northern Ireland, “Belfast” serves as an account of Branagh’s own experience living through the earliest stage of the ethno-nationalist Troubles, with nine-year-old Buddy (Jude Hill), standing in for him. As Protestants attack their Catholic neighbors, the carefree life that Buddy has always known is suddenly injected with a sense of danger that increases as the film progresses. While his parents grapple with the decision of whether or not to leave their country, Buddy faces his first feelings of grief, romantic love and existentialism.

Branagh shares his current Best Picture nomination with fellow producers Laura Berwick, Becca Kovacik and Tamar Thomas. The film is up for a total of seven awards, including Best Supporting Actor (Ciarán Hinds), Best Supporting Actress (Judi Dench), Best Original Song (“Down to Joy”) and Best Sound. Dench, who previously worked under Branagh in “Henry V,” “Hamlet,” “Murder on the Orient Express” (2017), “All Is True” (2018) and “Artemis Fowl” (2020), is now an eight-time acting nominee and has already won in the supporting category for “Shakespeare in Love” (1998).

Branagh’s potential directing victory would make him, at 61, the seventh oldest winner in the history of the category. At the top of that list is Clint Eastwood, who was 74 when he prevailed for “Million Dollar Baby” in 2005. Branagh would also be the fifth Best Director champ in a row to have been born outside of the United States and the 11th from the United Kingdom, the five most recent of whom were Richard Attenborough (“Gandhi,” 1982), Anthony Minghella (“The English Patient,” 1996), Sam Mendes (“American Beauty,” 1999), Danny Boyle (“Slumdog Millionaire,” 2008) and Tom Hooper (“The King’s Speech,” 2010).