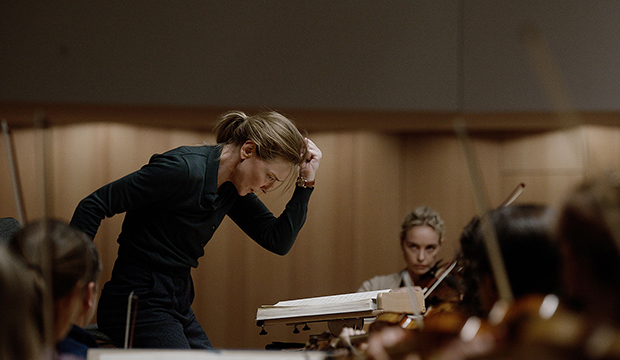 “TÁR” cinematographer Florian Hoffmeister has received the 30th EnergaCAMERIMAGE Festival’s Golden Frog. Over the past 10 years, five of the award’s recipients have also been nominated for Best Cinematography at the Oscars—“Ida,” “Carol,” “Lion,” “Joker,” and “Nomadland.” 2021’s Silver and Bronze Frog recipients, “The Tragedy of Macbeth” and “Dune,” were also recognized by the Academy (“Dune” eventually won). Dovetailing with Hoffmeister’s Independent Spirit Awards nomination, the annual cinematography-centric festival in Poland has boosted “TÁR” into Gold Derby’s projected top 10. In our Spirit Awards ranking, the movie recently overtook “Aftersun” (Gregory Oke) as the frontrunner.

SEE How to watch ‘Tar’ online

“TÁR” is without question a performance showcase for Cate Blanchett, but from the sound design (credited to composer Hildur Guðnadóttir) to what Gold Derby’s Joyce Eng has called Hoffmeister’s “brutalist” photography (27:53), there’s a lot going on beneath the movie’s gray, icy exterior. The filmmaking is easiest to spot during the oft-praised 10-minute tracking shot at Julliard, but scenes inside the title character’s various homes and offices are just as masterfully, thoughtfully staged.

“If you want to create a world that feels so real that it’s immersive, the visuality has to be authentic,” Hoffmeister recently told The Hollywood Reporter‘s Carolyn Giardina. Though a strength, the movie’s refined visual language has nevertheless made prognosticators hesitant to include it in a lineup with robust, decorous spectacles like “Babylon,” “Top Gun: Maverick,” and “Avatar: The Way of Water.” In 10th, Hoffmeister is slightly ahead of reigning champ Greig Fraser (“Dune,” “The Batman”) and well behind Darius Khondji, who is arguably overdue and does some of his best work in Alejandro G. Iñárritu’s “Bardo, False Chronicle of a Handful of Truths.” Khondji came in second to Hoffmeister at CAMERIMAGE, winning the Silver Frog, as well as the FIPRESCI Award.

It’ll be interesting to observe over the coming months whether “TÁR’s” advocates will be able to deepen the conversation beyond Blanchett’s performance and communicate why the film’s subtle camerawork merits as much consideration as its competitors.