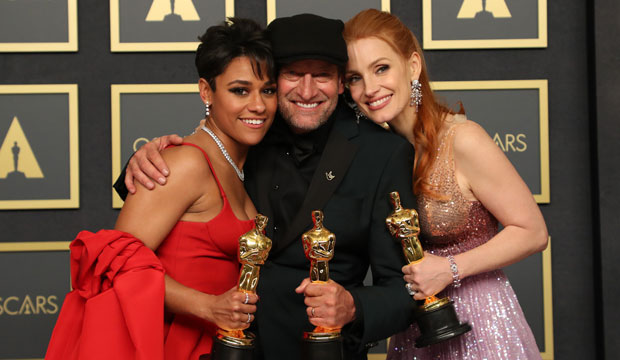 “I hope for a future in which that happens,” non-binary actor Emma Corrin recently told BBC News. “It’s difficult for me at the moment trying to justify in my head being non-binary and being nominated in female categories.” They starred in season four of Netflix’s “The Crown” as Princess Diana and received their accolades in actress races. That’s a growing dilemma in an industry where trans and non-binary performers are increasingly visible and our culture’s growing understanding of gender identity makes binary gender categories awkward to justify. For instance, non-binary “Billions” actor Asia Kate Dillon earned three Critics Choice Award nominations for Best Drama Supporting Actor, but that category is coded as male.

SEERay Richmond: ‘Everything Everywhere All at Once’ is looking like ‘Parasite’ redux

Genderless acting categories would fall in line with other awards that are presented without specific gender divisions like Best Director, Best Cinematography, Best Costume Design, and so on. After all, there’s no separate category for Best Directress. Perhaps the Oscars could switch to the Gotham and Spirits model: instead of four acting categories with five nominees each, present two acting categories — one lead, one supporting — with 10 nominees each. And if you still want to have four acting winners, simply present trophies to the top two vote-getters in each category.

But how much gender diversity would we actually get? That’s probably the biggest sticking point in an industry still dominated by men. As mentioned above, categories like Best Director and Best Cinematography have no gender, but the number of women who have been nominated in those categories is woefully small, let alone trans and non-binary professionals. Would getting rid of Best Actress and Best Supporting Actress functionally mean getting rid of actresses altogether? The last thing we need is to make the Oscars even less hospitable to marginalized genders while trying to make them more hospitable. But it’s becoming clear that “Best Actor” and “Best Actress” aren’t quite cutting it when it comes to representing the diversity of artists.