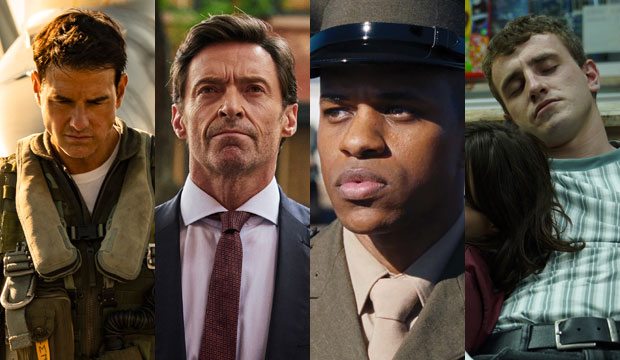 As of this writing, most of the Expert journalists we’ve surveyed agree on four of the five likely Oscar nominees for Best Actor: front-runner Brendan Fraser (“The Whale”) followed by Colin Farrell (“The Banshees of Inisherin”), Austin Butler (“Elvis”), and Bill Nighy (“Living”). That leaves one position open, and it’s still anybody’s guess. Scroll down for the Experts’ latest Best Actor graph.

Our 24 Experts are currently unanimous about the top two contenders, Fraser and Farrell. Almost all of them (22 out of 24) are betting on Butler too. And a substantial 19 out of 24 put their money on Nighy to be nominated. After that, though, there’s a significant drop-off as Experts find themselves divided between multiple contenders.

So far the likeliest occupant of that fifth slot is Tom Cruise (“Top Gun: Maverick”), according to 11 Experts. He has three previous Oscar nominations, but hasn’t made the cut in over 20 years. And while he was snubbed by the Golden Globes (not a surprise since he returned his Globes to protest the embattled awards group), he did make the Critics Choice Awards lineup. However, an acting nomination for an action blockbuster is rare.

SEE2022 box office hits: Every movie that made more than $100 million this year

Next up with eight Experts predicting him is Hugh Jackman (“The Son”). On paper he looked like a strong bet for a nomination and even a potential win since his film is Florian Zeller‘s follow-up to “The Father,” which won Anthony Hopkins the Best Actor Oscar just two years ago. And Jackman got a Golden Globe nomination for his performance. But mixed reviews for the film might hurt his chances.

Two critically acclaimed up-and-comers could score their first nominations, provided enough Oscar voters watch their films. Jeremy Pope (“The Inspection”) was nominated by the Golden Globes and is backed by four Experts, while Paul Mescal (“Aftersun“) showed up at Critics Choice and is predicted by three Experts. But that’s not the end of the list. Adam Sandler (“Hustle”), Diego Calva (“Babylon”), Gabriel LaBelle (“The Fabelmans”), and Christian Bale (“Amsterdam”) all have at least one Expert in their corner.

Do you agree with the general consensus that the top four Oscar slots are secure? And if so, who do you think rounds out the race? Make or update your own predictions here.