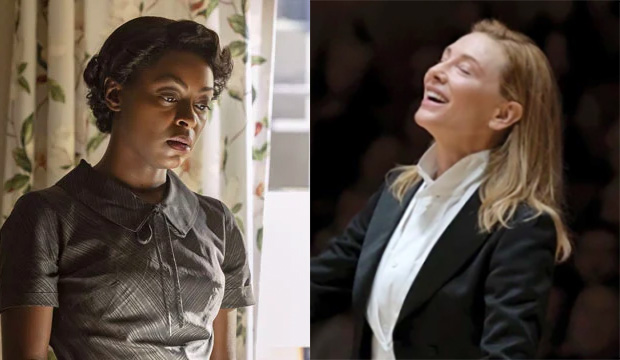 Blanchett is holding steady as of this writing with 22 Expert journalists betting on her to be nominated, 13 of whom say she’ll win. It would be her eighth nomination and third victory, which would place her in elite company. To date only seven individuals have won three or more acting Oscars. Katharine Hepburn is the all-time record-holder with four. And with three apiece are Ingrid Bergman, Walter Brennan, Daniel Day-Lewis, Frances McDormand, Jack Nicholson, and Meryl Streep.

But that leaves nine Experts who aren’t betting on Blanchett. Most of those (six) are predicting that Michelle Yeoh (“Everything Everywhere All at Once”) will be the victor, so she remains Blanchett’s greatest threat. And “Everything Everywhere” is picking up momentum after cleaning up in the Independent Spirit Awards nominations and winning the top Gotham Award.

Michelle Williams (“The Fabelmans”) has one Expert in her corner, and she has the benefit of starring in the current Best Picture front-runner. Also with one Expert betting on her is Danielle Deadwyler (“Till”), who got a huge boost at the Gotham Awards when she beat Blanchett and Yeoh (plus Best Actor Oscar front-runner Brendan Fraser) for Best Lead Performance.

The Gothams are decided by juries of industry professionals, but those juries only have five members each, so it’s hard to draw conclusions from them about how the rest of Hollywood feels. However, it does show that when these performances are judged side-by-side-by-side by industry peers on a level playing field, Deadwyler can come out on top. An early sign of things to come?