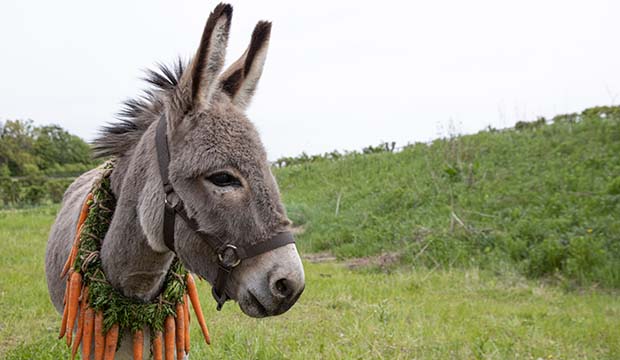 Poland has submitted “EO” for Best International Film at the 95th Academy Awards. EO is a gray donkey with melancholic eyes and a curious spirit. He begins his life as a circus performer before escaping on a trek across the Polish and Italian countryside in a journey marked by absurdity and warmth in equal measure. Legendary filmmaker Jerzy Skolimowski directs one of his most free and visually inventive films yet, placing the viewer directly in the heart and mind of the four-legged protagonist.

“EO” was a Palme d’Or nominee and won a jury prize at the Cannes Film Festival in May. It is scheduled to premiere in New York on November 18 and Los Angeles on December 2. Watch the trailer below.

“It left me shattered…just being there, quietly weeping, with others gave me a sense of communion,” said Manohla Dargis of The New York Times. “The kind that I always feel when I go to the movies, sit in the dark and have my world and mind blown.”

In the days following the October 3 deadline for Best International Film submissions, the academy will determine each film’s eligibility. Then the several hundred academy members who serve on the International Feature screening committee will be divided into groups and required to watch a minimum of 12 of the submissions over a six-week period that ends in mid December. They will rate them from 6 to 10 and their top 15 vote-getters will make it to the next round. That list of these semi-finalists will be revealed on December 21, 2022.