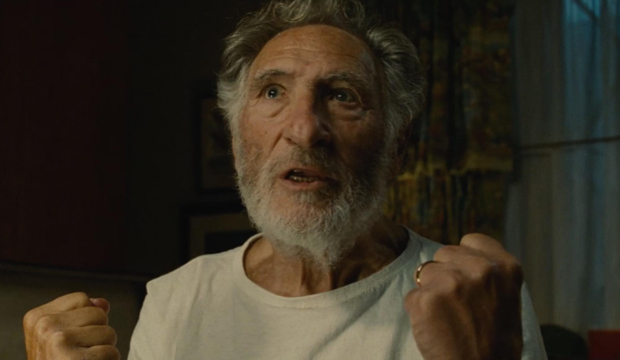 Some of the finest acting ever nominated for an Oscar constitutes no more than five percent of the movie it’s in. Over the past 20 years, Alan Arkin (“Argo”) and Sam Elliott (“A Star is Born”) have both gotten into Best Supporting Actor for roles that, combined, barely exceed 15 minutes of screen-time. Viola Davis(“Doubt”) and William Hurt (“A History of Violence”) were also recognized for the even trickier task of condensing their work to a one-scene cameo. It may not be glamorous, but credibly fleshing a character out against the clock is a craft unto itself.

Thankfully, the art of the single-scene performance is alive and well. A year after Bradley Cooper likely just missed an Academy Award nomination for stealing the show in “Licorice Pizza” with only about 10 minutes of screen-time, Judd Hirsch is poised to make the Supporting Actor shortlist. Gold Derby’s currrent odds rank him fifth for his memorable appearance in “The Fabelmans.” The performance is slightly longer than Elliott’s and Arkin’s, but Hirsch doesn’t have the advantage of developing his character over the course of several scenes that are interspersed throughout the film.

Playing Boris, a fictionalized version of Steven Spielberg’s great uncle, Hirsch has to be funny, outrageous, and heartbreaking in a consecutive, whirlwind 10 minutes. “Family, art—it will tear you in two,” he tells our young filmmaker. It’s bravura, capital-A acting that is rightfully in the awards conversation, but he’s not the only venerated performer this year using a handful of moments to leave a huge impression. These other 10, one-scene knockouts from 2022 prove that great things really do sometimes come in small packages.

Samantha Morton (“She Said” and “The Whale”)

Samantha Morton gives not one, but two incredible single-scene performances this year. As Zelda Perkins in “She Said,” she delivers the scathing indictment of Hollywood others are afraid or unable to. The character’s quiet dignity belies the fury in her eyes. It’s a tremendous, layered bit of acting that adds up to just about 10 minutes. Her performance in “The Whale” as Brendan Fraser’s ex-wife is no less impressive or complex. Though this character’s anger isn’t as justified as Zelda’s—she vilifies her teenage daughter and seems particularly irate over having been left by her husband for a man—Morton generates enormous sympathy. Despite each performance receiving plaudits that are on par with those Hirsch has gotten, Morton has 100/1 odds for both “The Whale” and “She Said.” It would be a shame if acting this good were overlooked by awards bodies this winter.

“She Said” is full of emotional, stomach-churning scenes, but Jennifer Ehle’s is arguably the most devastating. She’s technically in more than one scene but only has significant dialogue in her sit-down with Jodi Kantor (Zoe Kazan). The actress communicates years of internalized trauma in just a few minutes, eloquently expressing what many have struggled to in the years since Kantor’s and Megan Twohey’s landmark New York Times piece on Harvey Weinstein rocked the film industry and public discourse at large. If Morton is the film’s voice of anger, Ehle is its beating heart.

Tobey Maguire does for “Babylon” what Cooper did for “Licorice Pizza,” showing up for one scene and setting the house on fire. He plays a casino owner with some unsavory tastes in entertainment, to say the least. The “Spider-Man” star has kept a low profile since 2014’s “Pawn Sacrifice,” so it’s an absolute blast seeing him dial up the ante as a manic creep in Damien Chazelle’s extravagant “love letter to movies and hate letter to Hollywood.” Maguire’s livewire performance manages to shock even in a movie teeming with debauchery.

“Causeway” is a quiet observational drama with strong work from Jennifer Lawrence, Brian Tyree Henry, and a supporting cast of character actors that includes Steven McKinley Henderson and Linda Emond. In the film’s most moving scene, Lawrence’s character visits her troubled, drug-addicted brother in prison. Russell Harvard, who many will recognize from his similarly short but impactful appearance as Daniel Plainview’s dejected son in “There Will Be Blood,” is heartbreakingly naturalistic as a man who’d rather stay behind bars than risk causing himself or his family anymore harm. Like the movie he’s in, Harvard isn’t showy, but his scene with Lawrence is the one you’ll leave “Causeway” likeliest to remember.

Michael Stuhlbarg (“Bones and All”)

Timothée Chalamet and Taylor Russell play cannibals who fall in love on the run in “Bones and All,” a road movie from Luca Guadagnino that features plenty of strange, memorable personalities. Chalamet’s “Call Me By Your Name” co-star briefly shows up as a fellow “eater” whose unsettling smile practically oozes devious intent. It’s a credit to Stuhlbarg’s acting that you feel unsettled while he’s on screen even when nothing too intense is occurring.

“Top Gun: Maverick” is full of stunning aerial sequences and heart-pounding action, but the scene that had everyone talking after the film opened in May doesn’t feature a single fighter jet. We’re of course talking about Maverick’s (Tom Cruise) touching reunion with Iceman (Val Kilmer). The two meet at the film’s emotional inflection point as Mav struggles to do right by Rooster (Miles Teller) and Goose’s memory. Ice offers some much needed spiritual guidance (and a good-humored jab, for old time’s sake). Kilmer, who’s largely stepped away from acting due to health struggles that’ve left him unable to speak, is so effective that he elevates Cruise and gives him a chance to display his dramatic range. If Cruise manages to clinch an Oscar nomination for Best Actor—he’s currently in sixth—it’ll no doubt be thanks to his wingman.

Anthony Hopkins reunites with Florian Zeller, who directed him to an upset Best Actor win for “The Father,” in “The Son.” Hopkins’ performance is a far cry from his heartwarming turn as James Gray’s grandfather in “Armageddon Time.” He plays the emotionally distant father of Hugh Jackman’s lead character in the film’s most memorable scene. When Jackman shows up at his front door to declare that he’s turning down a lucrative job offer to provide the kind of care for his son he never received himself, Hopkins eviscerates him for what he finds to be petty and disingenuous virtue-signaling. It’s a curt, brutal conversation that reminds us of Hopkins’ versatility.

Paul Graff (Banks Repeta) is sent to private school by his upper-middle-class family after getting caught smoking weed with his best pal. The same day he begins attending Forest Manor, an assembly is being held to remind the students of the privilege they represent; the featured speaker is none other than Maryanne Trump (Jessica Chastain). “In this institution, you can be anything you want to be,” she says. “It won’t be because of a handout. It’ll be because you earned your way there.” Even in 1980, the Assistant US Attorney’s comments about tenacity ring hollow for young Paul, who’s just learned the hard way how big a role class plays in determining life outcomes. The scene buoys the sociopolitical backdrop against which the film takes place, underscoring its commentary on the American Dream’s dark undercurrent.

When Gorr the God Butcher (Christian Bale) begins killing off deities for their indifference to mortal suffering, Thor (Chris Hemsworth) journeys to Mount Olympus for an audience with Zeus (Russell Crowe), optimistic he can persuade him to rally the rest of the gods and defeat this madman. However, the God of Lightning is so self-absorbed and hedonistic that you may feel Gorr’s got a point! Crowe isn’t exactly known for his comedic chops, so it’s a joy watching him ham it up as Zeus in “Thor: Love and Thunder.”

Michael B. Jordan reprises his acclaimed role as Killmonger for a single scene in “Wakanda Forever.” When Shuri (Letitia Wright) consumes the Heart-Shaped Herb and enters the Ancestral Plane, she expects to spiritually commune with Ramonda (Angela Bassett) or T’Challa (Chadwick Boseman). Instead, she is met by Killmonger, who tells the bereaved and angry young woman that they’re more alike than she thinks. Many feel Jordan should’ve gotten a Best Supporting Actor nomination for playing the first film’s villain, and his performance as T’Challa’s tormented, vengeful cousin is ranked highly among the MCU’s best acting. In “Wakanda Forever,” Jordan once again strikes just the perfect balance between malice and righteous anger, infusing the sequel with the same moral complexity that makes the first “Black Panther” a standout in the superhero genre.