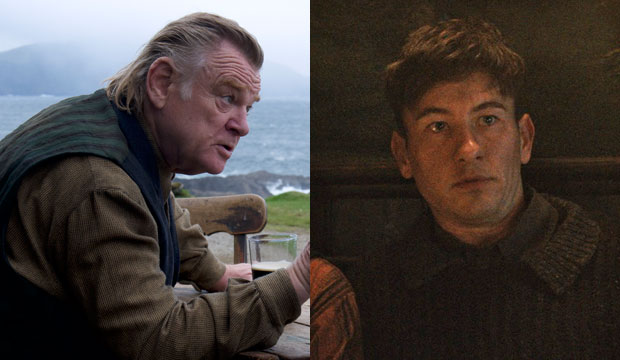 There was a time when a movie getting a single acting nomination at the Oscars was a pretty big deal. As ensemble casts became more commonplace in movies with increasingly impressive performances across the board, we began to see more movies getting multiple supporting nominations. For the longest of times, this was something we might see in the Best Supporting Actress category, but in recent years, we’ve seen that phenomenon shift over to the Best Supporting Actor category, as well.

SEEIs ‘Avatar: The Way of Water’ unbeatable for Best Visual Effects at the Oscars?

It’s so commonplace for women that we can go all the way back to 1939 for the first time two actresses were nominated in the supporting category, which was Hattie McDaniel and Olivia de Haviland for “Gone with the Wind.” (McDaniel won.) It has happened 28 times since then out of 94 Oscar ceremonies, although 1963 was the only time when a movie received three Supporting Actress nominations; that was for “Tom Jones.”

By comparison, there have only been 14 times when two supporting actors received nominations, but there were three times when three actors were nominated for a single movie: “On the Waterfront” in 1954, “The Godfather” in 1972, and “The Godfather Part II” in 1974, for which Robert De Niro won.

The number of dual supporting actress nominations seems to be saying something about the disparity in movies over the years, between those with male leads vs. those with better supporting roles for women. Men, after all, have long been overrepresented in lead roles relative to women. Most recently, dual Supporting Actress nominations happened with “The Favourite” in 2018, for which Emma Stone and Rachel Weisz were both nominated. And yet for the last two years there have been two movies with multiple Supporting Actor nominations: “Judas and the Black Messiah” and “The Power of the Dog.”

What’s odd about this year in particular is that there are a number of bona fide Best Picture contenders who offer not one or even two, but sometimes three fantastic supporting performances, including ones that nearly steal the movies from the leads.

“Everything Everywhere All at Once” has seemingly guaranteed nominations coming for Michelle Yeoh and Ke Huy Quan in lead and supporting categories, but there are two other fantastic performances by Jamie Lee Curtis and Stephanie Hsu to consider for Best Supporting Actress. Curtis may have a slight advantage due to her status in Hollywood and all of her great work over the years without ever being nominated. Hsu’s performance is more impressive in many ways (and her role is more prominent), but will the academy’s actors branch nominate both of them? (Gold Derby odds currently have both of them in the top five as of this writing.)

Steven Spielberg’s “The Fabelmans” also falls into the category of potential dual nominations with the performances by both Paul Dano and Judd Hirsch getting kudos. Hirsch has a much smaller role — maybe 10 minutes of screen time — but like Curtis he’s another veteran who has long been overdue for some Oscar love. (Hirsch was previously nominated in 1981 for “Ordinary People.”)

Martin McDonagh’s “The Banshees of Inisherin” has a number of great performances, including supporting actors Brendan Gleeson and Barry Keoghan, as well as supporting actress Kerry Condon. Gleeson and Condon have gotten the most attention, but Keoghan’s name has also been showing up in early nominations. The Golden Globes and Critics Choice Awards nominated both actors, while Critics Choice also nominated Curtis and Hsu for “Everything Everywhere” and Dano and Hirsch for “Fabelmans.” (The Globes only nominated Curtis and neither “Fabelmans” actor.) Gold Derby’s odds have both duos of supporting actors in contention, although Ke Huy Quan is far ahead of the pack to win.

Darren Aronofsky’s “The Whale” has such a startling lead performance by Brendan Fraser that he’s getting most of the attention, but it also offers fantastic supporting performances by Hong Chau and Sadie Sink that have gotten critical notices as well.

Then there’s Sarah Polley’s “Women Talking,” which is a bona fide ensemble movie, and many experts still have both Jessie Buckley and Claire Foy getting nominated for Supporting Actress, along with Ben Whishaw in the Supporting Actor category. Alas, the Golden Globes didn’t nominate a single actor from the movie, only nominating Polley’s screenplay. And Critics Choice only recognized Buckley’s performance.

There are also multiple supporting roles in “She Said” that probably should be considered, though Carey Mulligan (who received a Golden Globe nomination) isn’t currently in Gold Derby’s top five, so it’s doubtful any of the great performances by other women in supporting roles will be considered.

SEEOscar predictions: ‘All the Beauty and the Bloodshed’ and ‘All That Breathes’ face off for Best Documentary

Things get more interesting when you go back to see how many of the movies mentioned also got Best Picture nominations as well, even before there were more than five movies in that category.

Last year was an interesting one, because there were two movies vying for multiple supporting nominations: “Belfast” and “The Power of the Dog,” but only the latter succeeded in getting two Supporting Actor nominations. Oddly, neither movie won a single acting Oscar, nor did either win Best Picture, and that generally seems to be the case any time in the last 20 years that a movie was in the mix with two supporting nominations.

It seems likely that at least one of the movies mentioned will get two supporting nominations, although it feels like there’s so much competition for those elusive 10 supporting slots that we could end up not getting two supporting actors or two supporting actresses from any one film. “Everything Everywhere All at Once” and “Banshees of Inisherin” stand the best chance, with “The Fabelmans” also in that mix. It’s unlikely all three can succeed in that respect, but SAG Award nominations on January 11 may give us a clearer picture.