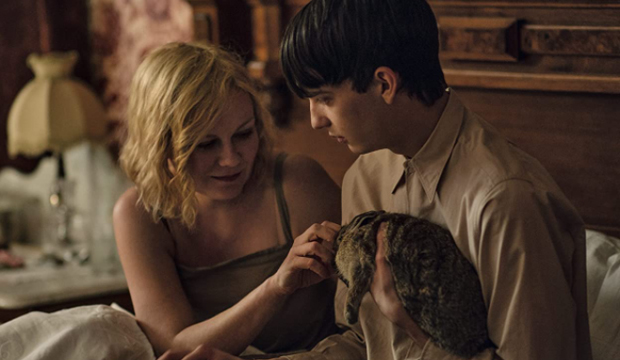 Seven decades ago, “A Streetcar Named Desire” not only became the first film to win three acting Oscars, but also the first to take both supporting prizes. These featured victories were achieved by Kim Hunter and Karl Malden, whose film was preceded by 13 others that received nominations for both awards. That total is now up to 103, but there have only been seven more cases of double supporting wins. Now, for the first time in five years, multiple films have shots at being added to the exclusive list.

This year, Judi Dench and Ciarán Hinds both earned bids for their supporting performances in “Belfast,” while featured players Kirsten Dunst, Jesse Plemons, and Kodi Smit-McPhee were all recognized for their work in “The Power of the Dog.”

Dench and Hinds or either possible “Power of the Dog” pair would be the first dual supporting Oscar winners since 2011, when the prizes went to “The Fighter” costars Melissa Leo and Christian Bale. The six sets of featured champs who preceded them were Donna Reed and Frank Sinatra (“From Here to Eternity,” 1954), Miyoshi Umeki and Red Buttons (“Sayonara,” 1958), Rita Moreno and George Chakiris (“West Side Story,” 1962), Cloris Leachman and Ben Johnson (“The Last Picture Show,” 1972), Vanessa Redgrave and Jason Robards (“Julia,” 1978), and Dianne Wiest and Michael Caine (“Hannah and Her Sisters,” 1987).

The last instance of multiple films landing in the same two supporting lineups involved 2017 features “Lion” (Nicole Kidman and Dev Patel), “Manchester by the Sea” (Michelle Williams and Lucas Hedges), and “Moonlight” (Naomie Harris and Mahershala Ali). In the end, Ali was the only one who emerged victorious. There was a similar situation in 2015 involving “Birdman” (Emma Stone and Edward Norton) and “Boyhood” (Patricia Arquette and Ethan Hawke) that ended in a single win for Arquette.

According to our odds, “The Power of the Dog” has the better chance at becoming the next film to win both supporting awards. Although Plemons is running fourth in the male race, Dunst and Smit-McPhee are both in second place behind respective frontrunners Ariana DeBose (“West Side Story”) and Troy Kotsur (“CODA”). On their way to the Oscars, Dunst and Smit-McPhee have each pulled off several critics wins, including dual ones from the groups in Austin, Boston, and the San Francisco Bay Area.

Hinds sits in the middle of our present Best Supporting Actor ranking, while Dench is at the bottom of the Best Supporting Actress heap. The last male slot is filled by J. K. Simmons (“Being the Ricardos”), while Aunjanue Ellis (“King Richard”) and Jessie Buckley (“The Lost Daughter”) are third and fourth on the female list. Hinds began the season by winning the National Board of Review award, while Dench was honored with an Australian Academy International Award.

Aside from the previously mentioned 2015 and 2017 examples, those who came close to joining the club within the last decade were Sally Field and Tommy Lee Jones (“Lincoln,” 2013), Amy Adams and Philip Seymour Hoffman (“The Master,” 2013), Jacki Weaver and Robert De Niro (“Silver Linings Playbook,” 2013), Jennifer Lawrence and Bradley Cooper (“American Hustle,” 2014), Lupita Nyong’o and Michael Fassbender (“12 Years a Slave,” 2014), Rachel McAdams and Mark Ruffalo (“Spotlight,” 2016), Octavia Spencer and Richard Jenkins (“The Shape of Water,” 2018), and Adams and Sam Rockwell (“Vice,” 2019). Nyong’o is the only who triumphed in any of these cases.