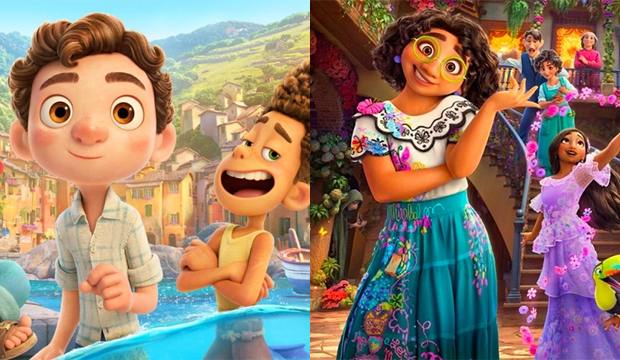 Gold Derby’s experts currently list the Pixar film “Luca” in fourth place in their Best Animated Feature odds. Twenty experts predict Disney’s “Encanto” will win, while one forecasts Netflix’s “The Mitchells vs. the Machines” and one chooses Neon’s “Flee.” The only film listed behind “Luca” at the moment is Disney’s “Raya and the Last Dragon.”

But I would suggest “Luca” should get more attention and consideration in the category because it’s a marvelously inventive tale of friendship, love, the need for change, and finding your own path. Telling the story of a half-human, half-sea monster who experiences an unforgettable seaside summer on the Italian Riviera, “Luca” marks the feature directorial debut of Enrico Casarosa, director of the Oscar-nominated 2011 Pixar short, “La Luna.” The original story was penned by Jesse Andrews and Mike Jones.

SEE 2022 Oscar nominations: Full list of nominees in all 23 categories at the 94th Academy Awards

The voice acting in “Luca” by Jacob Tremblay, Jack Dylan Grazer and Emma Berman is outstanding, and the sumptuous score by Dan Romer was worthy of an Academy Award nomination. The film tugs on your heartstrings all the way to its tender, uplifting ending that made me cry on both viewings.

“Luca” has been as well-received by audiences and critics as “Encanto.” Both “Encanto” and “Luca” currently hold a 91% approval rating on Rotten Tomatoes, and “Luca” holds a 7.5 rating on IMDb based on user votes, higher than the 7.3 “Encanto” has there.

One might think all Pixar movies manage scores these high, but that hasn’t always been the case. In recent years, “The Good Dinosaur” and “Cars 3” barely register in the fresh range on the Tomato-meter. If “Encanto” had been dropped on Disney Plus in the summer and “Luca” had been released theatrically at the end of the year instead of the other way round, I suspect the predictions for Best Animated Feature would look a lot different today.

So why is “Encanto,” a musical about a multigenerational Colombian family with superpowers, far and away the favorite to take the Oscar over “Luca”? It received an awards-friendly Thanksgiving weekend release date, keeping the movie fresh in voters’ minds. “Encanto” was a theatrical box office smash earning about $250 million worldwide, unlike “Luca,” which went straight to streaming on Disney Plus. And it has a chart-topping soundtrack penned by Lin-Manuel Miranda.

“Luca” doesn’t deserve to be resting in fourth place in prediction odds for the Best Animated Feature race and should be looked at as one of the best films in Pixar’s canon going back to 1995. If you ask me, the movie should have also been nominated in Best Score, Best Original Screenplay and Best Picture.