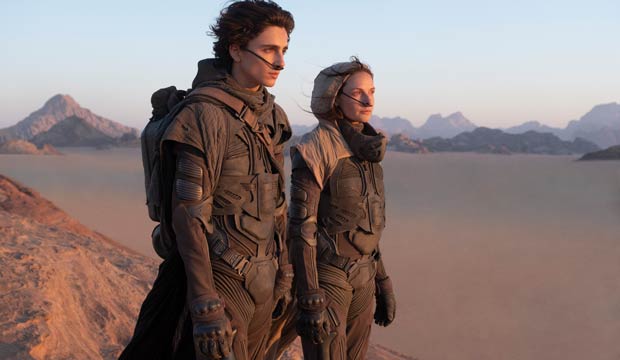 When you talk to the average moviegoer, they may be curious about which movies get nominated for Best Picture at the Oscars. Many of them will have their favorite performances they think worthy of accolades. They may even have favorite directors and know a good script from a bad one. Not as many people think consciously of below-the-line crafts. Anyone can watch a movie, and go “Oooh, pretty costumes,” or “Boy, Jessica Chastain looks different under all that makeup,” but how many know the sheer number of people involved in those departments and how much they can influence who wins the top award?

This is the thing to remember: these below-the-line nominations come straight from those branches of the academy, so costume designers are voting for their fellow costume designers, production designers for production designers, and so on. Seeing a movie nominated in a lot of separate categories therefore can point to a lot of support across the board for that movie. But while each branch nominates the contenders for their respective crafts, all academy members take part in the nomination process for Best Picture, which is why the films with the most nominations are usually at least nominated for Best Picture.

As the actors branch of the academy is the largest, making up roughly 14% of the membership, movies liked by actors do especially well – something like “Moonlight,” for instance, or even this past year’s “Nomadland,” driven by Frances McDormand‘s performance, for which she won her third Best Actress Oscar. That latter movie’s strength was confirmed on Oscar night by taking the top three – director, film, and actress — even though it only received two below-the-line nominations for cinematography and editing, showing the power of movies that especially showcase their actors.

But let’s look at something like “Dune,” for instance. That’s going to get a ton of below-the-line nominations, going by the Gold Derby odds, which have “Dune” leading in six of the nine BTL categories with Costume Design, Makeup and Hairstyling, and Original Song being the exceptions. Otherwise, Sound and Visual Effects are givens for nominations, as are Production Design, Editing, and Cinematography. It’s highly likely “Dune” will also at least receive nominations for its costumes and hair/makeup despite not ranking first in our odds in those races.

There are eight above-the-line categories – Picture (which goes to the film’s producers), Director, four acting categories, and two screenplay races — and nine below-the-line categories. So if those below-the-line categories each have their own branches and voters, and if they all are nominating a film, like “Dune,” you might consider, quite wisely, that those movies might also be their favorite movies overall due to the great work by their peers. There isn’t always a direct connection between a particular below-the-line nomination and Best Picture; for instance, nominees in Makeup and Hairstying, Costume Design, and Sound very often differentiate from the Best Picture nominees. The effect tends to be cumulative: a nomination from one or two branches doesn’t necessarily translate to Best Picture, but nominations from six or seven of them often does.

But there are two categories that do tend to connect directly to what many in the academy might choose for Best Picture. Most Best Picture winners will at least get nominated for Best Editing. It’s true. Go back and look. One of the rare exceptions was “Birdman” (2014), which was shot as if it were a one-take movie, but actually did have well-disguised edits in it; that’s the only Best Picture winner without an Editing nomination since “Ordinary People” (1980) more than 40 years ago. Cinematography correlates with Best Picture as well, but that’s far more sporadic, since we can see that 2019’s “Parasite” wasn’t nominated, and neither were 2018’s “Green Book,” 2015’s “Spotlight,” or 2013’s “12 Years a Slave” in recent years.

This is not to say that a Best Picture front-runner nominated in those categories guarantees they’ll win them, but if not, the probable Best Picture runner-up might win Cinematography instead. “1917” (2019), “Roma” (2018), “Gravity” (2013), and “Avatar” (2009) are some recent examples. This is not to imply that the craft of cinematography should be seen as any sort of lowly consolation prize, though. You can have a great script with actors giving the performances of their careers, but being improperly lit may render your movie unwatchable.

The important thing is that a movie doesn’t end up getting 10, 11, or 12 nominations without support across the board. If you include Best International Feature, 18 is the greatest number of categories any one film could currently be nominated in. The record is 14 nominations, held by three very different films: “All About Eve” (1950), “Titanic” (1997), and “La La Land” (2016). Only one of those three lost Best Picture (“La La Land”).

Best Picture was probably a foregone conclusion for movies like James Cameron’s “Titanic” and Danny Boyle’s “Slumdog Millionaire” as they won category after category leading up to Best Picture. Even Kathryn Bigelow’s “The Hurt Locker,” which was taking on Cameron’s below-the-line powerhouse “Avatar,” was looking like the favorite when her film bested her former hubby in three key below-the-line categories: Film Editing, Sound Mixing, and Sound Editing (back when the two sound categories were still separate).

SEE‘Dune’ director Denis Villeneuve: ‘My dream was to make a movie without a single line’

In between those three, though, you have Guillermo del Toro‘s “The Shape of Water,” which has the second most nominations of all time with 13. More than half of those were below-the-line, and then it was further boosted by having three acting bids, as well as Director and Original Screenplay. Perhaps one reason why movies with that many nominations aren’t winning more consistently these days is the preferential ballot that has determined Best Picture since 2009. Now you need consensus support, so you can have the best crafts of the year, but if the movie as a whole is at all divisive, it could suffer in the top race.

But “Shape of Water” is evidence of why keeping an eye on the below-the-line categories is still important. Don’t ignore them if you want to score on Gold Derby or your office pool.