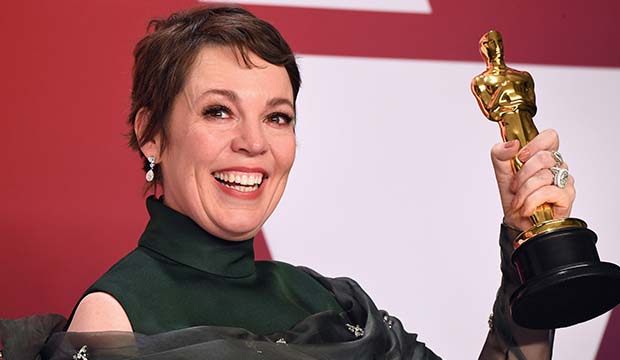 On August 30, 2018, Yorgos Lanthimos’ film “The Favourite” premiered at the Venice Film Festival. It was met with widespread acclaim, winning the Grand Jury Prize. Everyone was buzzing about the breakout performance of its star Olivia Colman as Queen Anne, who would win the Volvi Cup for Best Actress at the festival. Oscar chatter soon followed. At this time, Colman was primarily known as a TV veteran in Britain, and not that well known in the United States. Still, many considered her to be a serious contender to win the Oscar.

However, there was a question as to what category she should compete in. Award pundits were almost unanimous that if Colman decided to compete in Supporting Actress, she would be a slam dunk to win the Oscar. However, if she competed in Lead Actress, she would have an uphill battle because of the fierce competition. Around this time, Lady Gaga was earning rave reviews for her major film debut in Bradley Cooper’s “A Star is Born.” Also, then 6-time Oscar nominee Glenn Close was being touted as a contender to win an overdue Oscar for her performance in “The Wife,” which had been held off from being released for about a year after it premiered at the Toronto International Film Festival in late 2017. It seemed like Supporting would be the easy route for Colman to go if she wanted to win. However, in a Gold Derby slugfest, Anne Thompson of IndieWire argued that the film centers around Queen Anne and that Colman should compete in Lead, while her co-stars Emma Stone and Rachel Weisz (both Oscar winners) should compete in Supporting. Later that fall, Fox Searchlight Pictures announced that they were submitting Stone and Weisz for Best Supporting Actress and Colman for Best Lead Actress.

The 76th Golden Globe Awards took place at The Beverly Hilton on January 6th, 2019. Colman won for Best Actress in a Comedy/Musical, as was widely expected. She used her acceptance speech to thank the organizers of the event for the sandwiches and her co-stars Stone and Weisz as her “bitches” — both remarks generated a huge laugh from the crowd. Later on that night, Lady Gaga was expected to win Best Actress in a Drama, but presenter Gary Oldman read another name when opening the envelope, “Glenn Close, ‘The Wife.’” Close looked absolutely shocked when her name was called (a hilarious reaction that went viral). She received a standing ovation when she made her way to the stage, and also in the middle of her acceptance speech that she dedicated to “personal fulfillment” for women.

Most pundits came to the conclusion that if Gaga couldn’t win Best Actress with the HFPA, she wouldn’t be able to win at the Oscars. And for Colman, it would probably be too difficult for a little known actress to win the Oscar against an A-lister like Close. Also, this win for Close created an awareness that she had never won an Oscar despite six previous nominations, and should she get nominated and lose again she would break the record for most losses by an actress without a win. Between all of this and her rousing acceptance speech, many Gold Derby experts and editors made the switch to her. Close and Gaga would go on to tie for Best Actress at the Critics Choice Awards the following week, while Colman would win the Best Actress in a Comedy award.

When the Oscar nominations were announced on January 22nd, Colman earned her first Oscar nomination and would be joined in the Best Actress category by Close and Gaga as well as Yalitza Aparicio (“Roma”) and Melissa McCarthy (“Can You Ever Forgive Me”). Most prognosticators declared this race Close’s to lose. This was her seventh nomination, and it seemed hard to believe at this point they would deny her once again. However, some awards pundits observed that since “The Favourite” led the Oscar nominations with 10 nominations (tying with “Roma”), Colman might actually be Close’s biggest competition. Especially since “A Star is Born” underperformed with the nominations by missing Best Directing and Best Film Editing. Also, Close was the only nomination for “The Wife”, and winning for a film’s only nomination can be difficult since the whole Academy membership votes for the winner.

WATCH over 100 chats with 2023 Oscar contenders

When the Screen Actors Guild Awards took place on January 27th, Close continued her winning streak by winning Best Actress. At this time, the race for Best Actress seemed to be over. Pete Hammond of Deadline told Gold Derby founder Tom O’Neil in a slugfest shortly after the ceremony that, at this point, he felt no one else had a chance, and mentioned that Colman should’ve been submitted in Best Supporting Actress instead of lead. However, Colman went on to win Best Actress over Close at the BAFTA Awards two weeks later. Most people initially wrote that win off as her winning with a British voting bloc, being a British actress herself. However, there were signs of a surge in support for Colman for the next couple of weeks. FOX News Expert Tariq Khan told O’Neil on another Gold Derby podcast (a week before the ceremony) that he had been starting to hear a lot more votes for Colman than before the BAFTA win, and that it might be “too close for comfort” for Close until the envelope was opened. Still, the Gold Derby Expert odds unanimously had Close winning a long overdue Oscar when the prediction center closed.

The 91st Academy Awards took place at the Dolby Theatre on February 24th, 2019. While she wasn’t able to attend Critics Choice or SAG Awards (likely filming “The Crown” in the UK), Colman was seen sitting between her husband Ed and co-star Stone for the Oscar ceremony wearing an Emerald green sleeveless Prada gown with a gray sheer overlay. Throughout the night there were no major upsets. Almost everyone who won had been expected. Towards the end of the night, reigning Best Actress and Best Supporting Actor champs for “Three Billboards Outside Ebbing, Missouri,” Frances McDormand and Sam Rockwell came out to present Best Actress. While the Oscar clips of the nominees were played, Close was seen in a shimmering gold dress, smiling and likely preparing for her expected big moment, while Colman appeared just happy to be there.

After all the Best Actress nominee clips were played, Rockwell said, “And the Oscar goes to. . . . .” McDormand opened the envelope and read the winner, “Olivia Colman.” Wow! It was a huge shock to almost everyone in the room, especially the other Best Actress nominees. Gaga could be seen mouthing, “Oh my God!” while McCarthy looked completely caught off guard. Aparicio just smiled and clapped in a nonchalant way. Close smiled, but it was clear by how firm the smile was, she was disappointed. Colman was so shocked that Ed, Stone, and director Lanthimos all had to help her out of her seat. When she got on stage, she was clearly at a loss for words while also trying to hold back tears. She began her speech by thanking Lanthimos and her co-stars Stone and Weisz, but then decided to address Close by saying, “You’ve been my idol for so long, and this is not how I wanted it to be. I think you’re amazing, I love you very much!” Throughout the rest of her speech, she was riffing for the most part, but still making everyone in the audience laugh. At one point she read the teleprompter telling her to wrap up and she made a fart noise in response. She then concluded her speech by thanking her husband and blowing a kiss to Gaga. Colman walked off stage to a rousing standing ovation, similar to Close’s at the Golden Globes.

So how was Colman able to pull off this huge upset on her first nomination over a heavy favorite like Close? She definitely had the advantage of her role being showiest of the five in her category, which is usually the type of performance that wins at the Oscars. While Close had a big dramatic scene towards the end of her film, her role for the most part was understated. Also, even though Close won the Drama Actress Golden Globe and SAG Award, Colman winning the Comedy/Musical Golden Globe as well as the BAFTA showed she had a lot of support that many underestimated given Close’s overdue status. However, the biggest setback for Close was the fact that, according to Pete Hammond who revealed in a Gold Derby slugfest a year later, a lot of Academy members never bothered to watch “The Wife,” while almost everyone in the Academy had seen “The Favourite.” While “The Favourite” won nothing else that night, the fact that it was the nomination leader with “Roma” showed the Academy likely really wanted to give it a win, and what better place to award it than the star of the film? So looking back, had it not been taken into account that this was Close’s seventh nomination without a win, we might have taken the possibility of Colman winning much more seriously.

Since her Oscar win, Colman’s career has certainly taken off. She’s since received two more Oscar nominations for her performances in “The Father” and “The Lost Daughter.” She also won an Emmy for her portrayal of Queen Elizabeth II in Season 4 of “The Crown” (another surprise win). While the competition is looking fierce for Best Actress this year, Colman is once again in the conversation for “Empire of Light.” And if there’s one thing we’ve learned about Colman since her Oscar win, it’s to never underestimate her for an awards nomination or win.