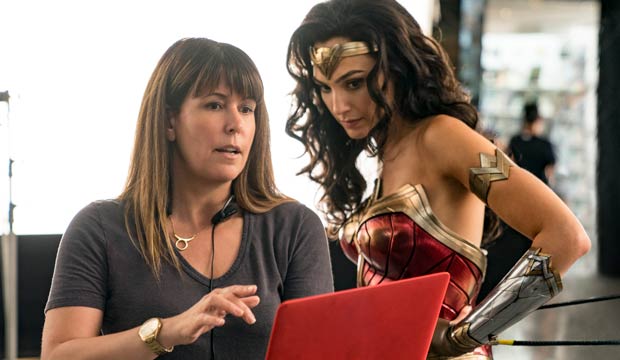 Director Patty Jenkins grabbed her version of the lasso of truth Tuesday, and offered a different version of what went wrong on ‘Wonder Woman 3,’ and other projects that have stalled. It had been previously reported that she walked away from making the film when the studio offered notes.

The A-list director took to Twitter, a service she rarely uses, writing that she is not one to usually talk about private career matters, but was perturbed by inaccuracies in the press. What followed was a full page of what she called “the facts.”

She began by addressing “Rogue Squadron,” the Star Wars project that was announced two years ago with a slick teaser promotion. She explained that she left that film when it became clear that working on it would delay “Wonder Woman 3.” A new deal was put in place to allow her to come back to it, and, she says, she is still in active development but is unsure if it will happen or not.

Getting into “Wonder Woman 3,” Jenkins wrote, “the attractive clickbait false story that it was me that killed it or walked away started to spread. This is simply not true. I never walked away. I was open to considering anything asked of me. It was my understanding that there was nothing I could do to move anything forward at this time. DC is obviously buried in changes they are having to make, so I understand these decisions are difficult right now.”

Unlike with “Rogue Squadron,” there is not much in her note suggesting she sees a path forward for her and a future Wonder Woman movie. She wrote, “I have loved and been so honored to be the person who got to make these last two Wonder Woman films. She is an incredible character. Living in and around her values makes one a better person every day. I wish her and her legacy an amazing future ahead, with or without me.”

She went on to praise Lynda Carter, who had a brief appearance in “Wonder Woman 84” and her star, Gal Gadot, calling her “the greatest gift I have received in this whole journey. A cherished friend, inspiration, and sister.” She also thanked the fans, and offered the advice that, when in trouble, one should ask “what would Wonder Woman do?”

It was reported last week that Jenkins’s vision for “Wonder Woman 3” was put on ice as Warner Bros. Discovery and newly minted DC Comics studio leaders James Gunn and Peter Safran chart a different course for the company’s spandex-forward properties. In response to Jenkins’ tweet, Gunn wrote, “I can attest that all of Peter and my interactions with you were only pleasant and professional.”