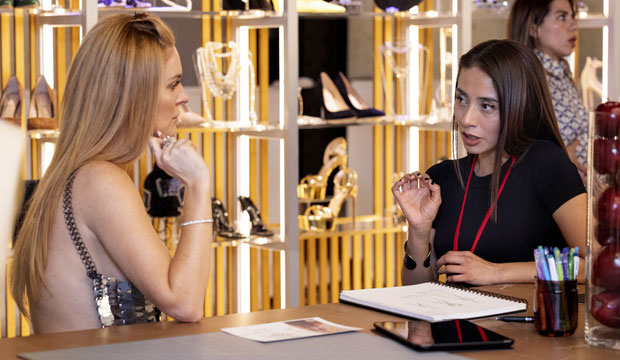 “Project Runway” took a few weeks off for Christmas and New Year’s, but it’s back tonight for the 10th episode of season 19. With only seven designers remaining as the show enters its home stretch, the competition is getting tighter and tighter. So who will be out at the end of this week’s challenge?

As of this writing Coral Castillo is predicted to be eliminated by most of the users who have been placing their bets here in our predictions center since the last episode. The queen of macrame gets 31/10 odds of being sent home based on users’ combined forecasts. She has only gotten one low score so far this season, but she’s one of only two remaining designers who hasn’t won a challenge, which is always a precarious position to be in. If the judges think you have an off week, they might not give you the benefit of the doubt if you haven’t wowed them already with a winning look.

Aaron Michael Steach hasn’t won a challenge yet either, which may be why our users rank him second with 9/2 odds of elimination. However, he has gotten high scores from the judges in five out of the nine previous challenges without a single low score. He’s the only designer without a low score, so he has actually had a much more consistent track record than the designers who have won challenges. Still, the judges might wonder if he’s capable of winning the competition if he hasn’t won a challenge yet. So if he struggles with a look, it could be the end of the road for him too — emphasis on if, because so far he hasn’t struggled with a look.

Do you agree with our predictions that these are the two most likely to go home this week? The competition can shift wildly from week to week, so it’s always hard to anticipate when someone’s time will be up.