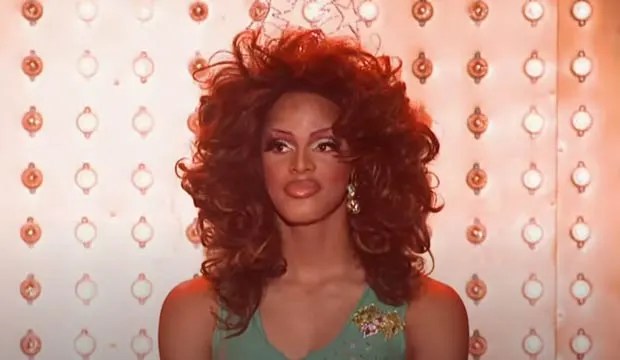 “RuPaul’s Drag Race” and “Rupaul’s Drag Race All Stars” together have crowned more than 20 queens with “winner” status over the past two decades. Some of the champions’ names have become engrained in our pop culture thanks to their post-show successes, including Trixie Mattel and Bob the Drag Queen. However, others have struggled to stay relevant after their victories, such as Tyra Sanchez and Sharon Needles. Scroll through our gallery above (or click here for direct access) in which we’re ranking every “RuPaul’s Drag Race” winner from worst to best. Do YOU agree with our #1 choice of all time?

To recap, the reality TV show’s first ever winner was BeBe Zahara Benet, who triumphed way back in 2009 — does that make you feel old? To date BeBe is the only champion to be asked back for a normal “All Stars” season, as host RuPaul Charles felt she needed to be seen by the show’s newer fans. In 2022, eight other crowned queens returned for a special “All Winners” version of “All Stars”: Raja (Season 3), Jinkx Monsoon (Season 5), Yvie Oddly (Season 11), Jaida Essence Hall (Season 12), Monét X Change (All Stars 4), Trinity the Tuck (All Stars 4) and Shea Couleé (All Stars 5), plus The Vivienne (UK 1).

21. Tyra Sanchez (Season 2): Winner of season 2, Tyra has since removed themselves from the drag community, including retiring the name and actively detaching from the series as a whole. Don’t expect to see Tyra on All Winners 2!

20. Sharon Needles (Season 4): Despite opening the door on Drag Race for “monster” queens as the winner of season 4, Sharon’s journey post-Drag Race has been riddled with accusations of racism by other contestants and allegations of abuse by fans.

19. Chad Michaels (All Stars 1): Known on the show and after as a Cher impersonator, Chad’s career has been pretty successful as a producer and performer of burlesque-style shows in Las Vegas and Los Angeles, but otherwise she’s kept a fairly low public profile that doesn’t keep us excited.

18. Aquaria (Season 10): Despite beating some strong competition in Eureka and Kameron Michaels on season 10 and then going on to develop a successful fashion and makeup career, Aquaria’s impact on the series overall has been relatively mild compared to her winning peers.

17. Jaida Essence Hall (Season 12): As Jaida admitted on AS7, winning the show during the pandemic was hard because she missed out on the experience of a live grand finale as well as the opportunity to tour with her castmates after the show. In some sense that explains why Jaida’s impact on the franchise has been so minimal, but her resurgence from AS7 and a rotating spot in the Vegas show should turn that around for her reputation.

16. Kylie Sonique Love (All Stars 6): It’s nothing to shrug about that Kylie became the first trangender winner of the franchise in AS6, but up until that point (and after), her career hasn’t had much of an impact. She has released a handful of music singles, including 2021’s “Gooey” with Cazwell.

15. BeBe Zahara Benet (Season 1): Put respect on the name of the queen that started it all. As the winner of season 1 and finalist in AS3, BeBe paved the way for all the queens that followed. She showed the world that glamour and comedy are not mutually exclusive traits.

14. Yvie Oddly (Season 11): Though there were monsters and oddballs before her, Yvie created her own niche during season 11 with a specifically weird point of view especially on the runway. She left a lasting impression on the main stage with contortions, flips and tricks that no other queen dare attempt during a lip sync.

13. Raja (Season 3): Raja’s “resurgence” on AS7 is truly only a public one because she’s been low key slaying the game ever since her season 3 win. In addition to co-hosting “Fashion Photo Ruview” with Raven and the podcast “Very That” with Delta Work, Raja is also a makeup artist for other stars, including Adam Lambert.

12. Sasha Velour (Season 9): To this day, Sasha remains the only winner to truly represent “intellectual drag.” Sasha stood out in a very competitive final four because of the thoughtfulness of her creative inspiration in challenges and then, you know, delivered the most iconic finale performance ever with the “So Emotional” rose petal reveal.

11. Symone (Season 13): Coming out on top against high personality queens like Gottmik and Kandy Muse is an accomplishment in and of itself, but the way Symone has transitioned into the mainstream with appearances at the Met Gala and in Rihanna’s Savage X Fenty fashion show makes her one of the premiere fashion queens in herstory. She also inspires future queens with her unabashed pride in Black culture and style on and off the runway.

10. Trinity the Tuck (All Stars 4 — TIE): Self described as a “body queen,” Trinity’s notoriety on the show comes from the pride she has in her cosmetic surgeries and how deeply woven Southern pageantry is into her drag. As a competitor on AS7 she continued to embrace the comedic side of her talents in addition to an over-the-top runway style.

9. Violet Chachki (Season 7): Known as the fashion queen of the franchise, Violet has lived up to that title since winning season 8 through major lingerie ad campaigns, walking in designer fashion shows, attending the Met Gala and brand partnerships including her own perfume fragrance.

8. Alaska (All Stars 2): Since winning arguably the most competitive season in herstory (AS2), Alaska has put out multiple music albums, co-hosts a podcast, throws an annual drag pageant, published a memoir, etc. Her impact outside of the show is wide, but even within the context of the series Alaska showed future queens the power of confidence and how to weave personal style and creativity into every challenge.

7. Monet X Change (All Stars 4 — TIE): By way of her “Sibling Rivalry” podcast with Bob and stint as host of “The Pit Stop,” Monet has shown how much capital C charisma and capital N nerve she can serve. She remains one of the biggest personalities in herstory and gave us the gift of her playing AS7 like it’s a game of “Survivor.”

6. Willow Pill (Season 14): We are only a short time into Willow’s reign as champion, but they prove that even 14 seasons into the series new ground can be broken. Willow showed an immense amount of vulnerability in disclosures on air about their physical health and gender identity. Despite a finale performance of “I Hate People,” it’s clear that Willow actually moves through the world with love and fans are ready to give it back to them tenfold!

5. Jinkx Monsoon (Season 5): Jinkx has been widely hailed as one of the frontrunners in AS7, but before that managed to defeat the strongest alliance in herstory when they became champion of season 5 over Alaska, Detox and Roxxxy Andrews. Jinkx carved out and mastered a spot in the drag world that effortlessly mixes comedy with a demure mid-century sense of style.

4. Shea Coulee (All Stars 5): Shea’s notorious loss to Sasha on season 9, subsequent win on AS5 and contention for a second win on AS7 has made her time on the show nothing short of legendary. Both in and out of the show Shea is known for her tributes to Black excellence and activism in the political and social arenas.

3. Bianca Del Rio (Season 6): Think back to season 6 and consider if you ever thought anyone other than Bianca would win. Probably not! Bianca steamrolled her season without ever having to lip sync for her life and since winning has made a fortune as a stand up comic and overall comedic personality.

2. Bob the Drag Queen (Season 8): As with Bianca, there was always the feeling during season 8 that Bob would be the winner. When it comes to personality, no queen can top Bob who has turned their win into a successful career with podcasts, appearances on TV shows like “A Black Lady Sketch Show” and as star of HBO’s “We’re Here” alongside Shangela and Eureka.

1. Trixie Mattel (All Stars 3): There is no denying that Trixie has become one of the most recognizable queens to ever appear on the show, and not only because of her iconic eye makeup. Since winning AS3, Trixie has put out hit music, co-hosted multiple web series, released a drag documentary, launched Trixie Cosmetics, purchased a bar, bought and renovated a motel in Palm Springs with a whole Discovery+ series to document the process, judged “Queen of the Universe” for Paramount+, released books … the list of her accomplishments can go on and on. Trixie defines what it means to take 15 minutes of fame and extending it to 15 years and millions of dollars.