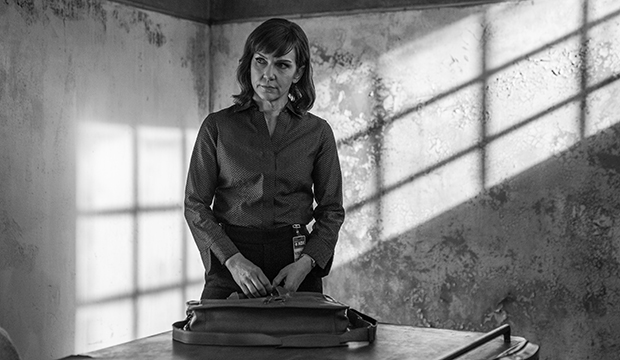 We talk about snubs all the time when discussing awards. With only a fixed number of slots for each category and only one possible winner (well, usually), someone is always going to be on the outside looking in. But when it happens enough times to someone deserving, one truly has to wonder what it is that voters aren’t seeing.

For years, critics and fans alike were baffled by numerous voting bodies consistently overlooking the tremendous work of “Better Call Saul” star Rhea Seehorn, who brought layers of complexity to mostly by-the-book lawyer Kim Wexler throughout the show’s stellar six-season run on AMC. The Critics Choice Awards, while late to the game, has actually recognized Seehorn more often than other groups, having first nominated her for Best Drama Supporting Actress for her work in the show’s fourth season in 2018. She was nominated again for Season 5, and while it looked like she might finally win a long overdue individual award, she lost to Gillian Anderson of Netflix’s “The Crown.”

With “Better Call Saul” coming to a close earlier this year, this is Seehorn’s final year of eligibility. In Season 6, she seemingly did the impossible when she raised the bar yet again. If the fifth season revealed a much darker side of Kim, one who was willing to cross ethical and moral lines, the “Breaking Bad” prequel’s swan song saw this behavior continue until it reached its nadir and indirectly resulted in the death of Howard Hamlin (Patrick Fabian). And yet, it was what happened after Howard’s murder, as Kim disappeared into the bowels of personal hell (Florida, with a side of ill-advised bangs) in order to punish herself for everything she and Jimmy (Bob Odenkirk) had done, that we saw Seehorn’s best work.

So it’s now or never time. And the good news is, it seems like the needle is pointing toward now finally being Seehorn’s time at the Critics Choice Television Awards, as she is in first place in Gold Derby’s combined odds for Best Drama Supporting Actress. At 18/5, she leads a field that also includes recent Emmy winners Jennifer Coolidge (“The White Lotus: Sicily,” 39/10 odds) and Julia Garner (“Ozark,” 5/1 odds) in second and third place, respectively. Milly Alcock of HBO’s “Game of Thrones” spin-off “House of the Dragon” sits in fourth place (11/2 odds), while Audra McDonald of “The Good Fight” is in fifth (13/2 odds). Rounding out the category is Seehorn’s own “Better Call Saul” castmate in the final season, Carol Burnett (7/1 odds).

It seems unlikely the legendary actress will steal many votes from Seehorn, and while both McDonald’s and Garner’s shows also ended this year — meaning this is also their final chance to be recognized as well — ”The Good Fight” has never won at Critics Choice, unlike “Better Call Saul,” while the Critics Choice Association has never been as keen on “Ozark” as Emmy voters.

This means Seehorn’s biggest competition is probably Coolidge, who won an Emmy and Critics Choice Award for her performance on the first season of “The White Lotus” in the limited category. The series’ second season just ended, and Coolidge played a major role, which means she has more momentum on her side than Seehorn and the other nominees do. But Critics Choice voters have always been high on “Better Call Saul,” even if Seehorn has yet to win. Odenkirk has twice taken home the award for Best Drama Actor for his portrayal of Jimmy/Saul Goodman, while Jonathan Banks has won once for Best Drama Supporting Actor. Odenkirk is nominated again this year, while Giancarlo Esposito has slipped into Banks’ supporting slot for his turn as drug lord Gus Fring. Given the number of nominations for “Better Call Saul” (the series is also up for Best Drama), it is clear voters took notice of the show in its final season, which could ultimately work in Seehorn’s favor.