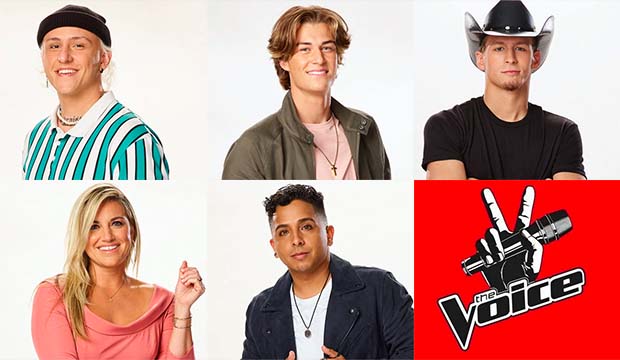 After countless hours of blind auditions, battles, knockouts and live shows, “The Voice” crowned its 22nd champion on Tuesday, December 13. (Read our minute-by-minute live blog to see how it all went down.) Heading into the results show, the five finalists were Team Camila Cabello‘s Morgan Myles, Team John Legend‘s Omar Jose Cardona, and Team Blake Shelton‘s Bodie, Brayden Lape and Bryce Leatherwood. So did the right person win “The Voice” Season 22? Vote in our poll below and then be sure to give us YOUR hot takes down in the comments section.

SPOILER ALERT: At the end of the three-hour finale, host Carson Daly announced the finishing order of the Top 5 artists, based solely on America’s overnight votes. Brayden Lape came in fifth, Omar Jose Cardona earned the fourth spot, Morgan Myles was third place, Bodie was the runner-up, and Bryce Leatherwood won the competition. Congrats Bryce! The country crooner now becomes the 22nd champion overall the the ninth to be coached by Blake Shelton.

Morgan Myles (age 35) from Williamsport, Pennsylvania sang “Hallelujah” in the blind auditions, “Wrecking Ball” in the battles, “What the World Needs Now Is Love” in the knockouts, “Let Him Fly” in the Top 16, “If I Were a Boy” in the Top 13, “Tennessee Whiskey” in the Top 10, “Always Remember Us This Way” in the Top 8, and “Total Eclipse of the Heart” and “Girl Crush” in the Top 5.

All 16 'The Voice' coaches ranked worst to best