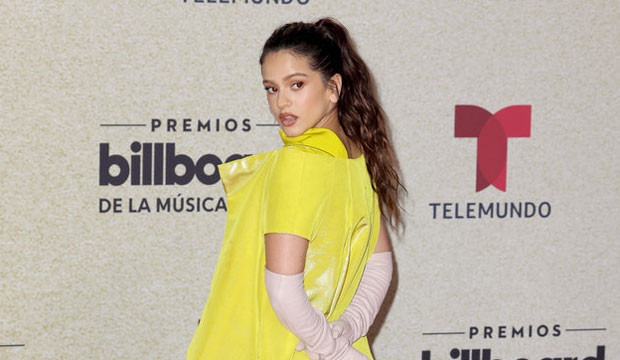 2022 has been a great year for Latin music. Artists like Bad Bunny, Karol G, and Anitta have found crossover success and critical acclaim. Rosalía deserves to be in that conversation too. Her third studio album, “Motomami,” broke streaming records upon arrival and became the most acclaimed album of the year, across all languages. This acclaim and commercial success resulted in Rosalía earning a slew of nominations at the 23rd Latin Grammy Awards, including the prestigious Album of the Year. With one win in that category already for her previous record, “El Mal Querer,” will Rosalía manage to achieve another?

SEE2022 Latin Grammy nominations list: Bad Bunny leads with 10, but can he finally win Album of the Year?

The Latin Grammys can be hard to predict. This is mostly due to their tendency to award older artists in the top categories, especially those that emerged from the ’90s and early 2000s. Out of the last 10 winners, only one has been an artist who debuted after 2005 — Rosalía herself. Most of the general grievances aired out about the Grammys are also applicable to the Latin Grammys: voters tend to overlook urban music, winners often don’t seem representative of the general music scene, and there isn’t that much sonic diversity. Women also don’t have the best track record in the Album of the Year race, only winning on three occasions out of the 22 total prizes in the show’s history.

That said, “Motomami” could make Rosalía the first woman to ever win twice. It’s one of the most acclaimed records ever, earning a 94 on Metacritic, the highest score of the year. The album is also beloved by her fellow musicians. For instance, Juan Luis Guerra, one of the most awarded artists in Latin Grammy history, recently said it was his album of the year. So it’s safe to say Rosalìa is respected among her peers, which means the album’s experimental nature might be more welcomed than opposed.

Another advantage Rosalía might have is who her competition turned out to be. Most of the albums nominated haven’t had the commercial success “Motomami” has had. She’s only topped by Sebastián Yatra’s “Dharma” and Bad Bunny’s “Un Verano Sin Ti.” Furthermore, the album is the only one besides Bad Bunny’s to cross to international audiences outside of the Latin world. Meanwhile, most older acts this year either underperformed (Alejandro Sanz only getting one nomination) or didn’t get into Album of the Year (Carlos Vives, Juan Luis Guerra). That leaves Jorge Drexler as the only older academy darling in contention. Drexler did beat Rosalía in 2018 for Song and Record of the Year, but her hype wasn’t as big then as it is in 2022, so voters could reward him in the song categories while choosing to award Rosalía for her body of work.

So there are plenty of reasons why Rosalía could earn a historic second Album of the Year title. If the album does win, it’ll be a huge victory for more alternative and contemporary musicians making innovative, unique sounds in the Latin industry. A record as acclaimed as “Motomami” should surely collect many awards to match its insane critical status, so if there’s anyone who can beat the odds, it’s got to be Rosalía.