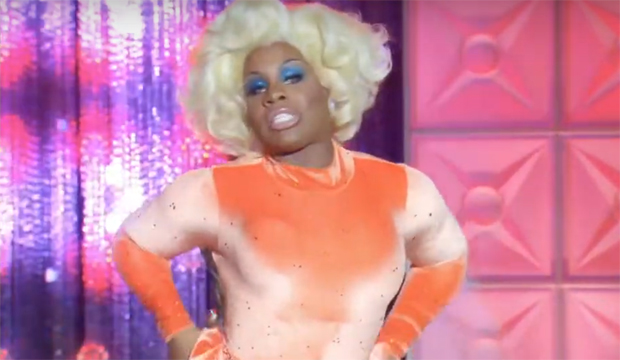 Before they walk into the Werk Room again, we’re taking a look back at each of the eight queens and the path they took on their previous seasons to reach their their crowning moment. It may have took two appearances for Monét X Change to finally earn her crown and, despite doing so in a legendary tie, she managed to show more growth in less than a year than you’d think possible.

Monét left us “gagged, bitch” when she returned for All Stars 4 with more than body suits and pussycat wigs in her suitcase. Read for filth by Michelle Visage throughout her original season 10, Monét struggled most in the fashion element of the show. Her two trips to the bottom did provide one of her best moments on the show though — a powerful lip sync to “Pound the Alarm” against Dusty Ray Bottoms in episode 5. While not an official lip sync assassin at the time, Monét did return as one for All Stars 5. She won one lip sync during All Stars 4 out of a total of three appearances at the top.

The glow up Monét showed from season 10 (aired Spring 2018) to All Stars 4 (aired Winter 2018) speaks for itself, but it’s her high quality performance element that makes her one of the most formidable players entering this season’s race. Not only can Monét bring it to the runway in a lip sync and now, thankfully, with the fashion, but she also stacks up with the best in comedy (watch out if there’s a roast) and original lyrics. Not known as one of the winningest winners ever, Monét stands a legit chance of adding a ton of them to her resume this time.

Do YOU think Monét has what it takes to win a second crown? Sound off on the upcoming season in the comments below and with other fans in our reality TV forum. Also be sure to make your predictions to influence our reality TV racetrack odds.