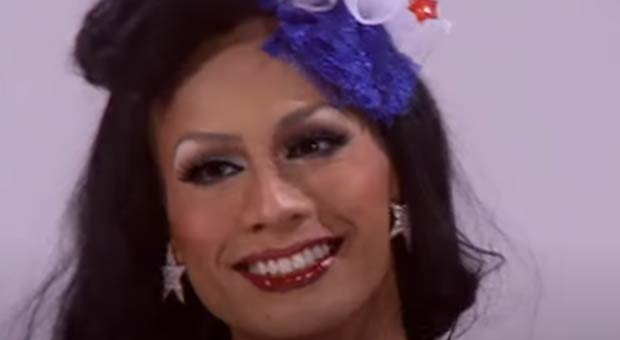 Before they walk into the Werk Room again, we’re taking a look back at each of the eight queens and the path they took on their previous seasons to reach their their crowning moment. As the third winner in series herstory, Raja arrives at “All Stars 7” as the legend among the group, trailblazing the runway with bold fashion choices that inspired future queens to break their own boundaries on the main stage.

“Did somebody call for an eye-con?” During her season 3 run, Raja brought avant-garde fashion to the show week after week, including the “funny little cyclops hat” she originally entered wearing that was intended to throw the other girls off their game. She proved her fashion might in that same episode by winning the season’s first maxi challenge with a “Christmas Couture” creation. Ask us and we’d say of all her iconic looks on the runway, her best were for “Patriotic Drag” as an indigenous chief and a Marie Antoinette-inspired “Extravagant” look.

It took 11 episodes for Raja to ever fall into the bottom, and she only did that once in episode 12 in the “jocks makeover” challenge. Despite going against Carmen Carrera, the body of the season, in that lip sync to “Straight Up,” Raja was able to out-sex her on the stage and deliver a quality strip tease that left Ru’s screaming “oh my goodness” and calling it (at the time) the “most surprising one ever.”

Do YOU think Raja has what it takes to win a second crown? Sound off on the upcoming season in the comments below and with other fans in our reality TV forum. Also be sure to make your predictions to influence our reality TV racetrack odds.