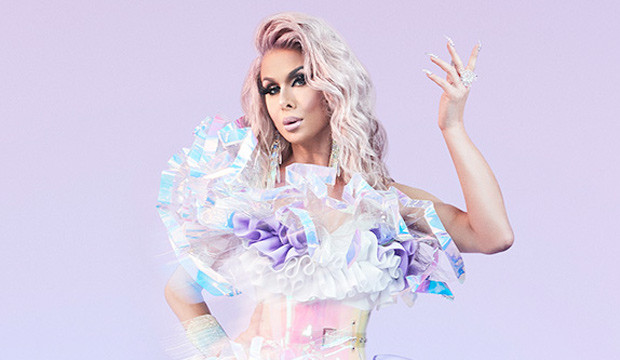 Before they walk into the Werk Room again, we’re taking a look back at each of the eight queens and the path they took on their previous seasons to reach their their crowning moment. Despite tying for the win on “All Stars 4,” Trinity the Tuck‘s crowning in her second season is easily defined by a loosening up of her personality and embracing more than just the beauty of her body in drag.

Even when she “calls shade,” Trinity personifies many of the various aspects of what makes drag entertaining for the masses — her body is a marvel, she’s both competitive and genuine, can perform alongside the best of the lip sync assassins, and can turn you on at the same rate she makes you laugh. In a sort of response to a more rigid first season, Trinity came into All Stars 4 to prove that she can be appealing for more than just her body. That commitment to opening up her drag style to more things allowed her to show a versatility and prove that she’s an asset on the runway and as a performer.

Holding the record for most lip sync performances of any queen across multiple seasons, Trinity can hold her own in a head-to-head against anyone. On All Stars 4 she was in the top four times, winning two of those four lip syncs for the win. Her battle with Monique Heart at the end of that season to “When I Think of You” is a good example of how Trinity has managed to meld her knack for perfection and precise movement on stage with comedic moments that can be as surprising as a death drop or a wig reveal. With a similar competitive spirit and willingness to let her… tuck… down, Trinity will be just as dangerous to go against on her third season as she was on her second.

Do YOU think Trinity has what it takes to win a second crown? Sound off on the upcoming season in the comments below and with other fans in our reality TV forum. Also be sure to make your predictions to influence our reality TV racetrack odds.