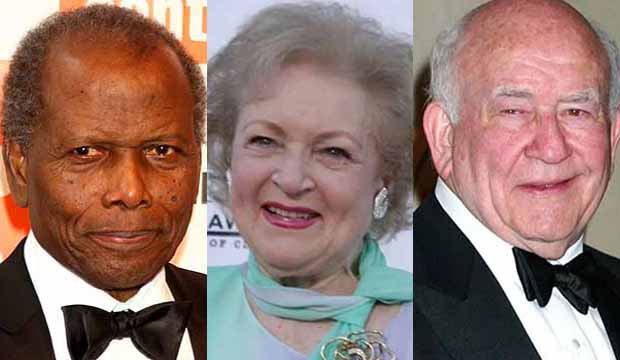 Sunday’s SAG Awards ceremony will return to its normal two-hour live format on TNT and TBS. One of the highlights each year is the special In Memoriam segment. It’s been a particularly rough year with over 100 deaths of prominent actors and actresses who were likely members of SAG/AFTRA. Show producers typically are able to include approximately 40-50 people in a tribute. The 2021 segment saluted 55 people because they had responsibility for 14 months instead of 12.

Among that group will certainly be previous SAG president Ed Asner, who was also a life achievement award recipient. That honorary award was also presented to Sidney Poitier and Betty White, who both died this past year.

Here is our expansive list of almost 100 people who died since last year’s ceremony, several of whom will be honored on Sunday’s event: