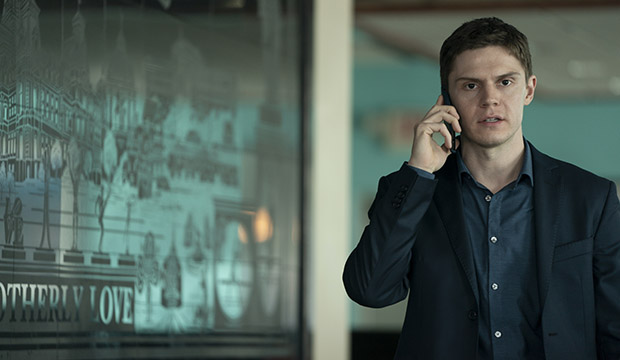 In the 18 years since he made his TV acting debut on the Disney Channel series “Phil of the Future,” Evan Peters has appeared in a recurring or regular capacity on seven more shows, including nine installments of the anthology series “American Horror Story.” Now, he has at last succeeded in capturing the attention of his peers in the Screen Actors Guild with his performance on the HBO limited series “Mare of Easttown,” which just won him an Emmy last September. If he ends up taking home the Best TV Movie/Mini Actor prize, he will be the seventh actor to win it on his first-ever SAG bid and the first since Kevin Costner (“Hatfields & McCoys”) nine years ago.

Peters’s challengers in this contest are Murray Bartlett (“The White Lotus”), Oscar Isaac (“Scenes from a Marriage”), Michael Keaton (“Dopesick”), and Ewan McGregor (“Halston”). Like Peters, both Bartlett and Isaac are SAG newcomers. McGregor, who also won a 2021 Emmy for this same role, is new to this category but has competed for the film ensemble award three times (“Little Voice,” 1999; “Moulin Rouge!,” 2002; “August: Osage County,” 2014). Keaton has triumphed in that category more times than anyone else with three wins for “Birdman” (2015), “Spotlight” (2016), and “The Trial of the Chicago 7” (2021). He was previously recognized here for “The Company” (2007) but lost in that case to Kevin Kline (“As You Like It”).

On “Mare of Easttown,” Peters plays the role of Colin Zabel, who is called in to assist a fellow detective, the titular Mare Sheehan (Kate Winslet), as she investigates a young girl’s disappearance. Just as her drive to draw connections between the case and another girl’s murder begins to consume her life, the generally calm Zabel offers some relief. Although initially reluctant to accept his help, Sheehan soon grows close to Zabel and opens up to him about matters beyond their work.

“Mare of Easttown” received a total of four SAG nominations, including one for its stunt ensemble and two for the performances of Winslet and Jean Smart. Smart also picked up individual and ensemble bids for the comedy series “Hacks” this year and has one previous drama cast nomination to her name for “24” (2007). Winslet was honored for her work on the limited series “Mildred Pierce” in 2012 as well as for her supporting turns in the feature films “Sense and Sensibility” (1996) and “The Reader” (2009). Her total of 13 career bids across four categories makes her one of the 16 most-recognized actresses in SAG history.

At 35, Peters is the youngest nominee in his lineup by seven years. A win would make him the second-youngest victor in his category after Darren Criss (31, “The Assassination of Gianni Versace: American Crime Story,” 2019). Including Criss, only 10 men under 35 have contended here, with the youngest of all being 22-year-old Jharrel Jerome (“When They See Us,” 2020). Before Jerome broke the record, it had been held for 18 years by James Franco (23, “James Dean,” 2002), who originally took it from Forest Whitaker (33, “The Enemy Within,” 1995).