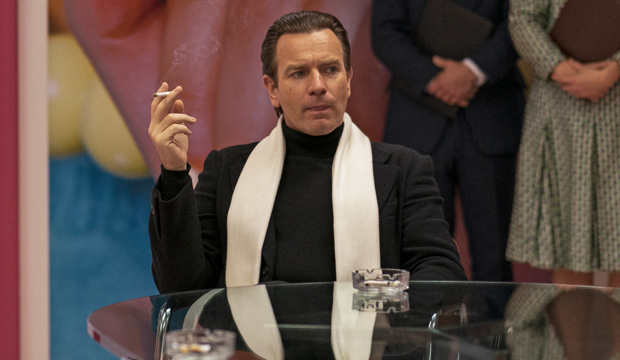 Ewan McGregor has been singled out for the first time at the Screen Actors Guild Awards. The actor is nominated for his performance in “Halston” as the eponymous fashion designer, marking his first individual bid with SAG-AFTRA. McGregor is also coming off his first Emmy win last September, laying claim to Best Limited Series Actor, with numerous additional nominations at other award shows. In order to win at SAG, however, he will have to defeat some tough competition.

Other SAG nominees in Best TV Movie/Mini Actor include Murray Bartlett (“The White Lotus”), Oscar Isaac (“Scenes from a Marriage”), Michael Keaton (“Dopesick”), and Evan Peters (“Mare of Easttown”). Bartlett, Isaac, and Peters are all making their SAG debuts, none of them even scoring an ensemble bid in the past. Peters, like McGregor, won an Emmy for his performance in the supporting actor category. Keaton has the biggest SAG resume of this group by far, winning three ensemble awards as part of the casts of “Birdman” (2014), “Spotlight” (2015), and “The Trial of the Chicago 7” (2020), in addition to nominations for his individual work in “Birdman” and the miniseries “The Company.”

Meanwhile, McGregor has three SAG ensemble bids on his record, with the casts of “Little Voice” (1998), “Moulin Rouge!” (2001), and “August: Osage County” (2013). The actor has turned in quality work since the mid-1990s in a wide variety of projects, including “Trainspotting,” “Velvet Goldmine,” the “Star Wars” prequels, “Beginners,” “The Impossible,” the third season of “Fargo,” “Christopher Robin,” and “Birds of Prey.” Later this spring he is reprising his “Star Wars” role as Obi-Wan Kenobi in the Disney+ original series of the same name.

McGregor continues to show new sides to his talent in “Halston,” the Netflix miniseries which tracks the designer’s prolific career from the ’60s through the ’80s. He adopts Halston’s uniquely Transatlantic accent and sharp temperament as he demands excellence even at the expense of his personal life. It is a deliberately theatrical performance, and it’s easy to see why actors would be taken by McGregor’s transformation. While the actor does not face any of the competition he contended with at the Emmys, the showiness of his portrayal could be irresistible to his acting peers and grant him his first SAG win.