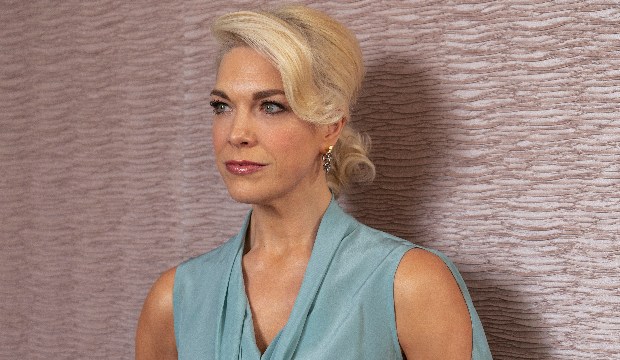 Like Temple, Waddingham is on her third SAG nomination. She was nominated for TV Comedy Ensemble as part of the cast of “Ted Lasso” last year but lost out to “Schitt’s Creek.” She is also nominated in that same category this year.

Waddingham has been a favorite on the show since it premiered in 2020. After overcoming her determination to ruin AFC Richmond to exact revenge on her ex-husband, Rebecca becomes a force of positivity at the club. The overarching arc her this season was her search to find love and ends up finding it in a very unexpected place. She also takes time to help Nate (Nick Mohammed) gain some confidence and must confront her complicated relationship with her parents. After her dastardly scheming in most of the first season, Waddingham still shows that Rebecca can be a fascinating and amazing character. Whether she’s looking for love or trying to reconcile her feelings towards her mom and dad, she brings a captivating presence that can be both devastating and hilarious at the same time.

Waddingham is in a pretty good position to prevail here. She’s hot off her Emmy win for Comedy Supporting Actress in September along with the well-received second season which concluded in October. The show is also tied for the most nominations in the TV categories along with “Succession.” In addition to that, characters often viewed as supporting have won here before including Megan Mullally (“Will & Grace”) and Uzo Aduba (“Orange is the New Black”). But there are some things that could get in the way of a victory for her. One of the other nominees, Jean Smart, is also hot off an Emmy win as the lead of her series. The presence of her castmate, Temple, could also complicate her path to victory.

Emmy predictions: Brett Goldstein ('Ted Lasso') could achieve something no one has since Jeremy Piven…