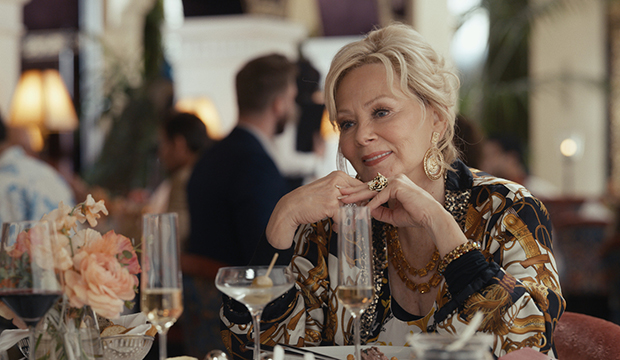 Jean Smart is a legendary actor with a career that spans decades, but she has shockingly never won a SAG Award. This year she aims to change that fact thanks to her dynamite take-no-prisoners role in HBO Max’s “Hacks.” Will she soon be able to add “SAG Award winner” to her impressive list of accomplishments?

It’s odd that Smart hasn’t prevailed with her peers in the actor’s union considering the Emmys have been going gaga over her for years. The actress has racked up an astounding eleven Emmy nominations, winning four times: twice as Guest Comedy Actress for “Frasier,” once as Supporting Comedy Actress for “Samantha Who?,” and finally for Lead Comedy Actress for “Hacks.”

SAG hasn’t fawned over the actress in the same way. These awards don’t have categories for guest performers, so that eliminates several of her notable TV roles from contention. But SAG voters still blanked her for memorable turns in shows like “Fargo,” “Samantha Who?” and “Watchmen.” Before this year, Smart’s sole SAG nomination was in Drama Series Ensemble for “24.”

Thankfully, this year the voters are making up for lost time. In addition to her Comedy Actress bid for “Hacks,” Smart also contends for that show in the Comedy Ensemble race. And SAG voters tossed her an additional nomination for “Mare of Easttown” over in the Movie/Limited Series category. These three bids make smart the most nominated performer of this year’s SAG Awards.

The character Deborah Vance is a perfect culmination of Smart’s talents and the perfect vehicle to secure her a win. Vance is a revered but fading stand-up comic. Years in the industry have resulted in heavy layers of armor, backed by an acerbic wit. It’s thrilling to watch her take down an opponent with a cutting one-liner. But what’s special about the performance is the ways in which Smart peels back the layers around Deborah in moments of true vulnerability and humility. Her biting humor only makes these tender moments hit harder, as the audience relishes in the melting of her hard exterior.

As if the performance itself wasn’t impressive enough to win, SAG history tells us that Smart possesses a clear edge over her competition. She is nominated alongside Elle Fanning (“The Great”), Sandra Oh (“The Chair”), Juno Temple (“Ted Lasso”), and Hannah Waddingham (“Ted Lasso”). This marks the first individual SAG nomination for Fanning, Temple, and Waddingham after all of them were previously part of nominated ensembles. Oh has a Film Ensemble win under her belt (“Sideways”) as well as individual wins for “Grey’s Anatomy” and “Killing Eve.”

One might look at the list of nominees and think they will throw another win to Oh, whom they clearly love. But SAG voters generally reward a performer with multiple victories back to back, not spread out over several years. Oh is no longer in that “sweet spot” and “The Chair” is not nominated for Ensemble. Juno Temple or Hannah Waddingham could cash in on widespread industry support for “Ted Lasso.” But both these women have supporting roles. Since the inception of the SAG Awards in 1994, only five actresses have won this category for a supporting part: Julia Louis-Dreyfus (“Seinfeld”), Lisa Kudrow (“Friends”), Megan Mullaly (“Will & Grace”), Betty White (“Hot in Cleveland”), and Uzo Aduba (“Orange is the New Black”). Voters have instead been favoring women who play the central, dominant figure of their series, such as winners Julia Louis-Dreyfus (“Veep”), Rachel Brosnahan (“The Marvelous Mrs. Maisel”), and Phoebe Waller-Bridge (“Fleabag”). Smart’s Deborah Vance fits this mold perfectly. The timing is perfect for Jean Smart to snatch her first SAG Award win.