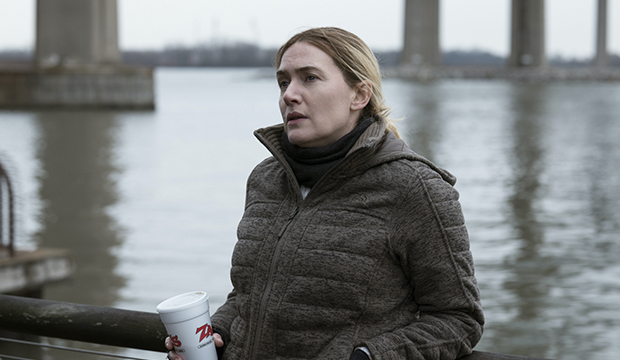 After winning Best Limited Series/TV Movie Actress at the 2021 Emmy Awards for her acclaimed turn as detective Mare Sheehan on the crime drama “Mare of Easttown,” Kate Winslet has now raked in a corresponding Screen Actors Guild Award nomination for her work on the HBO series. Should the now 13-time nominee have a good night and reign victorious on at the SAG Awards on Sunday night, she’ll take home her fourth career award from the actors guild (and hopefully emulate this moment of exuberance from her Emmy acceptance speech).

In the limited series/TV movie actress category, Winslet finds herself in the company of four actors who are vying for their inaugural SAG Awards wins, including her onscreen “Mare” mom Jean Smart, as well as Jennifer Coolidge (“The White Lotus”), Cynthia Erivo (“Genius: Aretha”), and Margaret Qualley (“Maid”). Of these four, Smart has the most nominations to her name with four, three of which she received this year (the other two for individual and ensemble acting for the comedy series “Hacks”). Rounding out Smart’s total is her career-first nom, which she earned as a member of the “24” cast in 2007. Trailing her are two-time nominees Erivo and Qualley, both of whom landed their maiden citations together in film in 2019 — Erivo for her solo performance in “Harriet” and Qualley as a cast member of “Once Upon a Time in Hollywood.” That leaves Coolidge, who is the only total SAG Awards newcomer in the lineup.

Thus, Winslet has more career nominations under her belt than her category competitors combined. The actor received her first recognition from the guild on the film side in supporting actress for “Sense and Sensibility” (1995), for which she won. She then returned to that very category three more times, snagging bids for “Quills” (2000) and “Steve Jobs” (2015), and a victory for her Oscar-winning performance in “The Reader” (2008). It was her career-defining turn as Rose DeWitt Bukater in “Titanic” (1997) that for the first time catapulted her into the Best Actress category, in which she was later also cited for “Eternal Sunshine of the Spotless Mind” (2004), “Little Children” (2006), and “Revolutionary Road” (2008). Completing her seven nominations for film are three ensemble bids for “Sense and Sensibility,” “Titanic,” and “Finding Neverland” (2004).

Of her 12 previous nominations, Winslet thereby only reaped one on the TV side, where she scooped up her third and most recent win for her work in the eponymous role of another HBO show, “Mildred Pierce,” in the same category in which she now contends for “Mare.” The seven-episode limited series, which was created by Brad Ingelsby and directed by Craig Zobel, stars Winslet as the titular character, a competent but tired detective attempting to keep her life together while investigating the murder of one teen girl and the disappearance of several others in a town just outside of Philadelphia. The role required Winslet to, among other challenges, master the distinct Delco accent and dig into years’ worth of her character’s grief and self-reproach, both of which she pulls off seamlessly. It’s no surprise that the actor nabbed the Emmy in one of the competitive races of the year for this performance, which her peers in SAG-AFTRA are bound to also eat up.

The good news for Winslet is not just that she herself won the Emmy but that “Mare” completely swept the acting categories in which it was nominated, picking up wins for Julianne Nicholson and Evan Peters in the supporting categories. (Peters is also nominated at the SAG Awards, albeit in the lead category.) The SAG Awards were similarly impressed with “Mare.” In addition to Winslet, Smart, and Peters, the show also garnered a fourth bid, for stunt ensemble. That unexpected nomination, in conjunction with Smart’s surprising inclusion in the Best Actress category, could be a sign of the show’s great strength with the guild. But perhaps we shouldn’t have been caught off guard by how well “Mare” performed, considering the show was a smash hit for both HBO and HBO Max. Its finale set a record (and caused HBO Max to crash) as the most-watched episode of an original series on HBO Max, which albeit has only been around for a year, during its first 24 hours of availability. And ultimately, popularity and visibility go a long way with a big group like SAG-AFTRA, which comprises around 160,000 members.

All of this could help Winslet, who, on top of everything else, is one of the most respected actors in the business. If she succeeds, she’ll be two for two in the limited series/TV movie actress category at SAG and become just the fourth woman to snag the award twice after Alfre Woodard (“The Piano Lesson,” “Miss Evers’ Boys”), Helen Mirren (“Elizabeth I,” “Phil Spector”), and Queen Latifah (“Life Support,” “Bessie”).