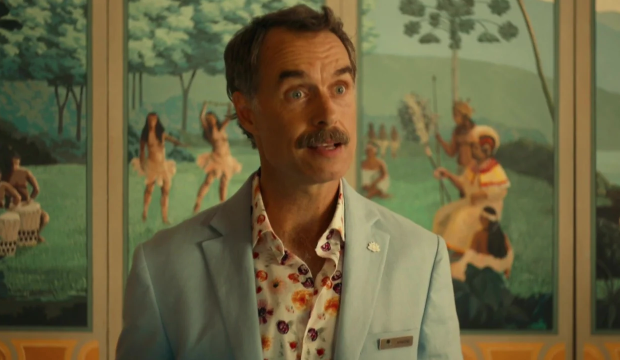 Amidst the chaos of the flawed, self-involved characters on “The White Lotus,” Murray Bartlett‘s Armond emerges as a steadying anchor. This isn’t to say Armond isn’t flawed himself — a formerly drug-addicted hotel manager who is driven to use again after dealing with this bunch — but Bartlett delivers a charismatic, relatable performance that resonates with anyone who has worked with the public. Now, the longtime actor has finally been recognized by his peers at the Screen Actors Guild Awards, where he is nominated in the category of Best TV Movie/Mini Actor.

Bartlett is not the only first-time SAG nominee in his category. Oscar Isaac (“Scenes from a Marriage”) and Evan Peters (“Mare of Easttown”) join Bartlett as rookies, with Peters coming off an Emmy win for his performance. Fellow Emmy winner Ewan McGregor was also singled out for the first time by the Screen Actors Guild for playing the eponymous role in “Halston,” though he technically has three previous nominations as part of the ensembles of “Little Voice” (1998), “Moulin Rouge!” (2001), and “August: Osage County” (2013). Michael Keaton (“Dopesick”) is the true veteran of the group, having won three ensemble awards for his contributions to “Birdman” (2014), “Spotlight” (2015), and “The Trial of the Chicago 7” (2020), with two additional nominations for his individual work in “Birdman” and the 2007 miniseries “The Company.”

While “The White Lotus” has already become Bartlett’s most-recognized role, TV lovers have been watching him for years now. The Australia-born actor was a series regular on the soap operas “All My Children” and “Guiding Light” in the 2000s, also making one-off guest appearances in shows like “Sex and the City” and “Damages.” He went on to have a main role in the HBO comedy-drama “Looking” in the 2010s, in addition to recurring arcs on “Iron Fist” and “Tales from the City.” Himself a gay man, Bartlett has portrayed a number of complex gay characters over the years including Armond.

Bartlett’s performance in “The White Lotus” is a layered one, brimming with a level of rage that is barely concealed beneath his cheery smiles and vibrant attire. Armond quickly grows resentful of the hotel’s newest guests, particularly the obnoxious, entitled newlywed Shane (Jake Lacy). While Bartlett excels in presenting Armond as the charming problem-solver he tries to be with all his guests, it is when he is pushed to the limits that the actor becomes most riveting. The series tracks Armond’s gradual downward spiral and Bartlett imbues his performance with equal parts charisma, deviousness, and sympathy. In a SAG category with multiple winner possibilities, it might just be Bartlett in his true breakout performance that seduces voters to his name.